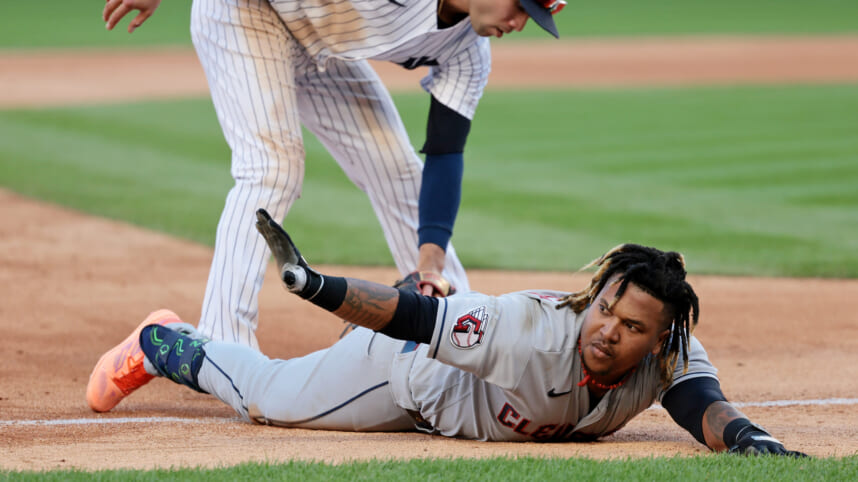 Looking to take a two-game lead in the ALDS, the New York Yankees entered Friday afternoon‘s contest with star pitcher Nestor Cortés on the mound.

While Cortes performed admirably, giving up two earned runs over 5.0 innings, including six hits, the Yankees were unable to emerge victorious as their offense faltered in high-leverage moments.

The Bombers scored just two runs compared to Cleveland’s four, failing to get anything going after a first-inning two-run homer courtesy of Giancarlo Stanton. Guardians starter Shane Bieber gave up two earned runs over 5.2 innings, striking out seven batters and tossing 101 pitches. Aside from Stanton‘s lone spark, the Yanks struggled considerably, striking out 15 times over 10 innings.

The Yankees will travel to Cleveland Friday evening for a Saturday game with Luis Severino up against Triston McKenzie.

Severino last pitched against the Texas Rangers on October 3, so he’s had 11 days off, which can be a bit of a disruptive measure. However, McKenzie pitched against the Tampa Bay Rays in the Wild Card game, giving up just two hits over 6.0 innings. On the season, McKenzie featured a 2.96 ERA, finishing the campaign on a high note.

Saturday is gearing up to be another pitcher’s duel, but the Yankees desperately need more production from some of the key members.