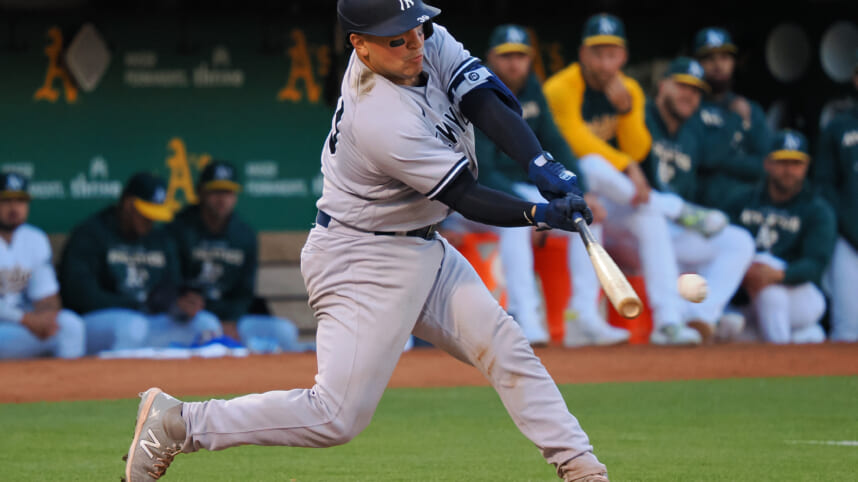 The New York Yankees got another serious injury scare on Friday night against the Oakland Athletics. Treviño was hit on the right big toe by a pitch, putting him in an extremely sensitive spot that could’ve ended his season prematurely.

Recently, Matt Carpenter fouled a ball off his foot, causing a fracture, forcing him out until mid-September.

If there’s any singular player the Yankees can’t afford to lose right now, Treviño is certainly one of their irreplaceable ones. He’s having an incredible season across 92 games, hitting .271 with a 31% on-base rate, 10 homers and 37 RBIs.

Luckily, x-rays came back negative for Treviño, who dodged a significant injury bullet just a month before the playoffs.

“We’ve just got X-rays — negative — so that obviously a big exhale. So hopefully it’s just something that we can deal with,” Boone said after Friday night’s game. “We’ll see how it is tomorrow and stuff. Obviously, you fear the worst when you see it. But good news on the X-ray.”

Manager Aaron Boone was worried that Treviño may have been injured seriously, but he managed to push forward for another inning.

“I popped out right away because  I didn’t feel it was good. He was hurt right away. And then you know, he got through the inning catching, but he was pretty beat up so I didn’t want to push,” Boone said. “So we’ll just see what we have moving forward.”

Jose Treviño has been elite for the Yankees:

Treviño is one of the best defensive catchers in all of baseball, featuring a 53.8% strike rate, ranking first in baseball over Jonah Heim of the Texas Rangers with a 51.7% strike rate (sample size of 2,000 pitches). He has 12 catcher framing runs, also the best in the game, indicating how phenomenal he’s been over 2,042 pitches.

Losing Jose would be a significant blow to the Yankees, who don’t have the necessary catcher depth to replace him without a massive talent drop-off. Kyle Higashioka has struggled considerably on offense this season, posting a .198 average with seven homers and 20 RBIs.

Earning a 24.4% on base rate, Higgy simply isn’t a starting caliber catcher at the MLB level this season. Treviño has been a godsend for the Yankees, bringing not only tangible qualities but charisma and energy across the board. This was a huge break for the Bombers, who simply can’t afford to nurse any more injuries.