Yankees’ DJ LeMahieu could have a changed role in 2023 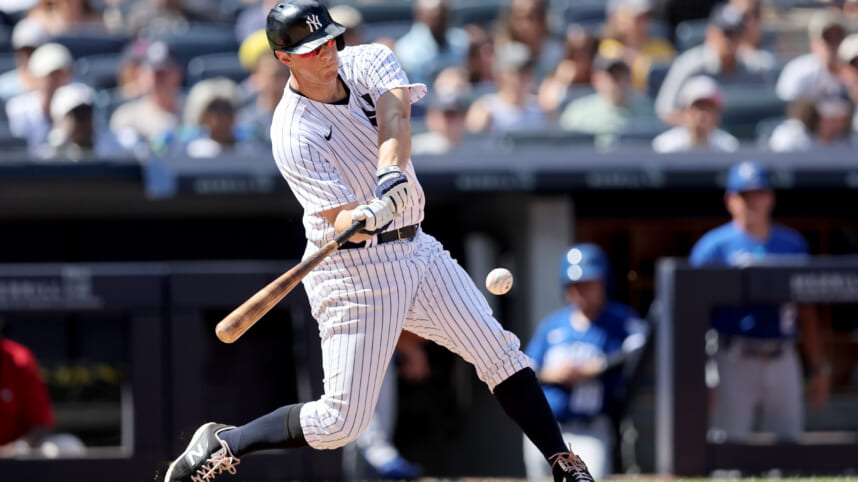 The New York Yankees are set to experience a few changes in the infield during the 2023 season. General manager Brian Cashman plugged the left side of the infield with Josh Donaldson and Isiah Kiner-Falefa, but both players had their shortcomings.

Donaldson struggled offensively but provided stellar defensive contributions on the hot corner. IKF ended up being benched in the ALDS against the Guardians. The expectation is that both will be either gone or serve a reserve role next year, especially after Oswald Peraza impressed to close out the campaign.

However, star utilityman DJ LeMahieu is set to experience a shift, notably with Oswaldo Cabrera serving as the team’s primary utility option down the stretch.

The Yankees can use DJ LeMahieu in a myriad of ways:

LeMahieu played in 125 games this season but missed a significant amount of time with a toe injury, which held him out of the postseason. He ended up hitting .261 with a 35.7% on-base rate, 12 homers, and 46 RBIs. He enjoyed 116 wRC+, indicating he was 16% better than the average MLB player.

Nonetheless, LeMahieu is a one-size-fits-all infielder, providing plenty of value supplementing injuries. However, he could fill an everyday role at a singular position in 2023, specifically at third base.

Depending on if the Yankees trade Gleyber Torres or not, their strategy could change, but offloading Donaldson‘s $21 million base salary should be a priority. LeMahieu Has played 1,416 innings at third base in his career, including 385.2 on the hot corner this season. He posted a .992 fielding percentage with just one error, meaning he could transition there full-time in the future, at the very least until Anthony Volpe is ready to join the Yankees’ infield.

The expectation is that Volpe will take over at shortstop, which could push Peraza over to 3B and DJ back into a utility role or an everyday starter at 2B, depending on Gleyber’s future.

Having a talented utility option like DJ is a priceless asset, but Oswaldo’s influence defensively opens up how they can use DJ next season and for the rest of his six-year, $90 million deal he signed last off-season.