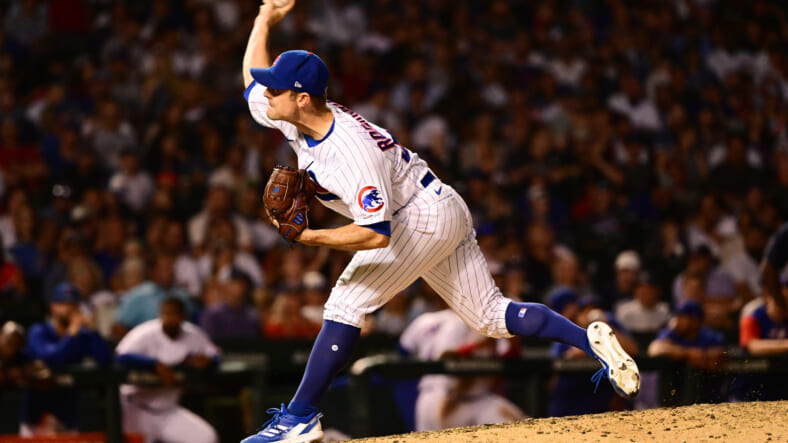 The New York Yankees lost 27-year-old bullpen arm, Michael King to a fractured right elbow on Friday night, ruling him out for the rest of the 2022 season. Losing a quality arm in the bullpen is a significant blow, especially since the team has faced adversity in the injury department the past few weeks.

It was only a matter of time before the Yankees suffered a big blow like this. But replacing King is nearly impossible. Manager Aaron Boone called him one of the best pitchers in baseball after he went down, featuring a 2.29 ERA over 51 innings pitched. He hosts 11.65 strikeouts per nine, a 0.53 home runs per nine right, a 76.9% left on base rate, and a 47% ground ball rate.

King has lethal stuff, incorporating a 96 mph fastball into the mix, utilizing a sinker 36.9% of the time and 4-seam at 23.2%. He also has a nasty curveball and change-up, which have both helped him build a dominant 2022 campaign.

The Yankees need to make a bullpen move quickly:

As stated before, there is no replacing King, but the Yankees can try and smooth over his loss with a familiar face. Chicago Cubs relief pitcher David Robertson, who spent between 2008–2014 with the Yankees, winning a World Series with the squad.

Robertson is on a one-year, $3.5 million deal, meaning he wouldn’t cost the Yankees much in terms of salary. However, acquiring up from the Cubs could be a bit more difficult given how great he’s been this season.

Chicago currently ranks 4th in the NL Central, 14.5 games back from the Milwaukee Brewers. In all likelihood, the Cubs are well out of a playoff spot, so they may be in sell-now mode, especially for a veteran relief pitcher that would likely leave in free agency anyway.

The veteran bullpen arm is throwing his cutter at 55.5%, averaging out a 93.3 mph. He’s generated 21 strikeouts, with opposing hitters batting .212 against it. Altogether, his stuff has been fantastic this season, with a healthy sample size to showcase.

The Yankees likely wouldn’t have to give up too much in a prospective trade. A solid Double-A or fringe Triple-A prospect might get the deal done for both sides.

At this point, general manager Brian Cashman needs to be seriously scouring the trade market. His method is usually to wait until the final moments to put pressure on opposing teams, especially if the market hasn’t fully developed yet. Teams are still holding onto some of their more valuable pieces, especially clubs that are in sell-now mode.