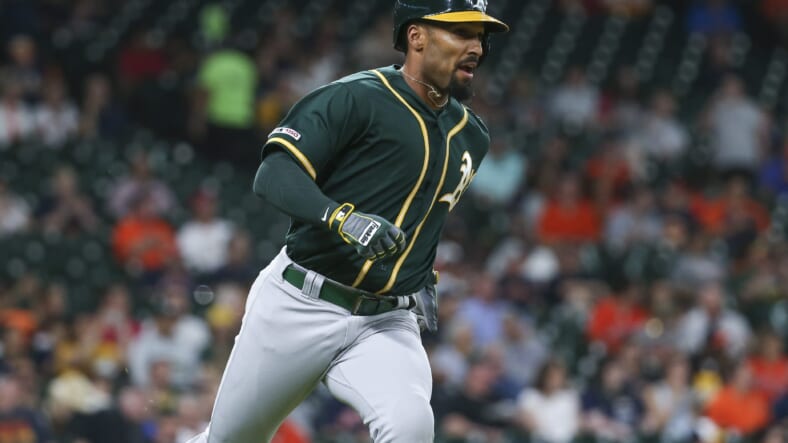 When the New York Yankees initially let Didi Gregorius walk in free agency, it instantly meant Gleyber Torres would be the next man up at the shortstop position. Torres struggled at shortstop in 2019, posting a .961 fielding percentage with 11 errors over 77 total games.

He was a bit better at second base, but his defense remains his biggest deficiency. Nonetheless, he was an All-Star and ranked 17th in MVP voting last season. His offensive efficiency has kept him cemented in the Yankees’ batting order and makes him a priority starter on defense. Shortstop is the most challenging position in the infield, and if Gleyber struggles moving forward, the Yankees might have to look elsewhere to shore up their defense.

This is where 30-year-old Marcus Semien comes into play, having taken significant steps forward defensively over the last few seasons. Offensively in 2019, he posted a .285 batting average with 33 homers and a .892 OPS. He fits the mold perfectly for a Yankees team that prioritizes heavy hitters with increased launch angles. In addition, he has been relatively healthy for the last five seasons, playing in 162 games last year.

His .981 fielding percentage at shortstop with 12 errors over 161 games was fantastic in 2019, and it far surpasses Torres’ efficiency at the position. He would be a significant grab for the Yankees defensively and add another slugger to the lineup.

However, he will likely want a significant contract, something the Yankees would have to consider with other youth players needing long-term deals in the near future.

The major question this scenario brings up is: How is Gleyver Torres re-appropriated?

In my opinion, I believe Torres is a better second baseman, and fastening him at the position allows them to decrease their liability at shortstop. With DJ LeMahieu getting older and only having one year left on his contract, the Yankees would be smart to consider moving Torres back to second base if he struggles in 2020. I do like this scenario, but it ultimately comes down to money and how Gleyber performs. Hopefully, we will be surprised, and he will solidify himself as a future building block at shortstop.