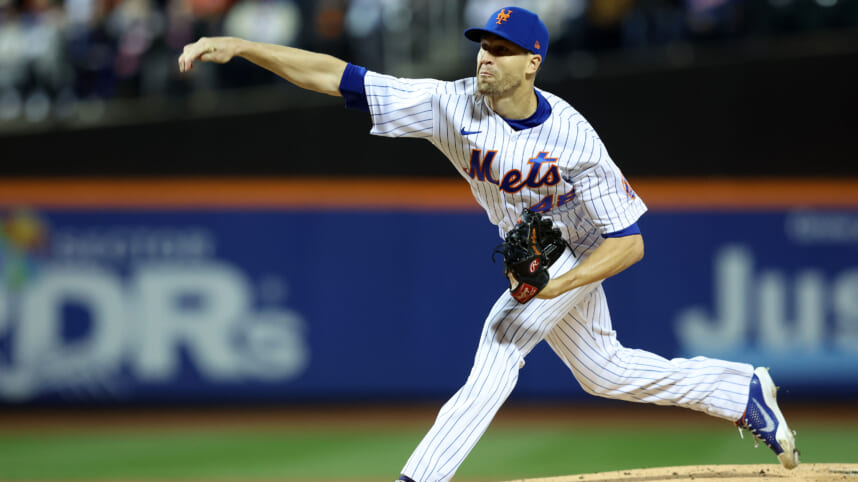 When the 2022 postseason eventually ends, the New York Yankees will turn their attention to superstar slugger Aaron Judge and what a contract extension might look like.

General manager Brian Cashman indicated recently that the pot of gold has grown bigger for Judge, who made a historic bet on himself to increase his price tag exponentially.

“There’s a pot of gold there,” Cashman said. “It’s yet to be determined what the gold— how much it weighs—but it’s a pot of gold, no doubt about it. So good for him. It was already a big pot and, obviously, it’ll be bigger.”

The Yankees lost all leverage in the Aaron Judge sweepstakes:

In fact, Judge turned down a seven-year deal worth $31.5 million per season to pursue an even bigger bag. He’s likely to breach $35 million per year at this rate, a number of the Yankees may not feel comfortable with given he’s 30 years old and would be over 37 when the deal eventually expires. However, letting the face of the franchise go is easier said than done.

In the scenario the Bombers do lose Judge to the free agent market, they could turn their attention to Mets superstar ace Jacob deGrom, who’s coming off a tough season, pitching only 64.1 innings.

Per MLB Insider Mark Feinsand, the Yankees could pursue deGrom if they lose out on Aaron Judge.

The Yankees figure to make (Aaron) Judge their No. 1 priority, but if they lose the slugger, anything can happen at that point, including the idea of pairing deGrom with Gerrit Cole atop the rotation.

The Yankees could land deGrom at a reasonable price point:

Coming off a down year at 34 years old and having not thrown over 100 innings since 2019, deGrom may be a bit cheaper than imagined, but he will still cost a pretty penny.

The Yankees could put together one of the best starting rotations in baseball with Gerrit Cole, deGrom, Luis Severino, Frankie Montas, and of course, Nestor Cortes.

Since the Bombers figure to try and unload the contracts of Josh Donaldson and Aaron Hicks, which would clear about $35 million in available funds, there’s no reason they can’t retain Judge on a monster extension. However, they will have competitors, and since the Mets are clearing a bit of money off the books as well, they could make a serious run at the single-season home run record holder.

Nonetheless, deGrom isn’t a bad consolation prize if that’s how things play out for the Yankees, but they still have a long road ahead during the playoffs before they have to face Judge and his team in negotiations.