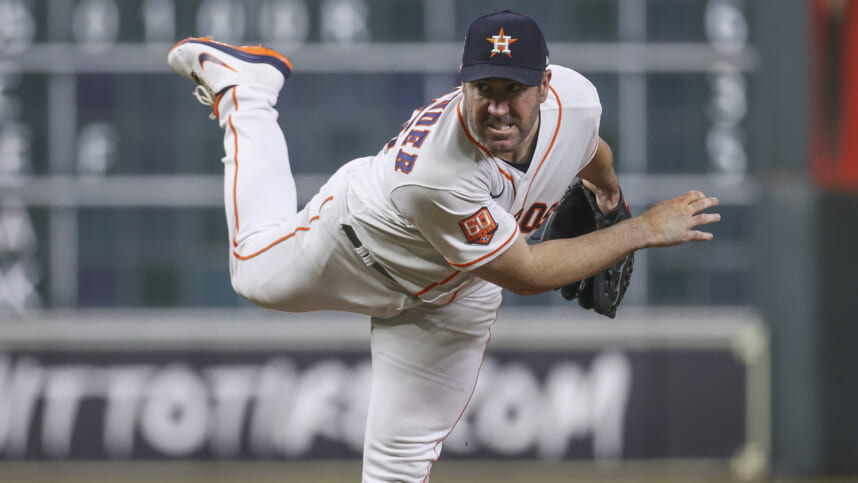 The New York Yankees have an opportunity this off-season to build one of the best starting rotations in baseball. The Bombers are still in hot pursuit of a superstar slugger Aaron Judge, who is likely to command over $300 million on an extension, but Judge made it clear that he wants the team he signs with to continue adding World Series-caliber talent.

Yankees owner Hal Steinbrenner has plenty of financial flexibility to push beyond the first luxury tax threshold, which counts for a 12% sub-charge. The second tier is 42.5%, a substantial increase but worthwhile for a team that needs to add important pieces if they want to compete with the Houston Astros moving forward.

Adding starting pitching is always a necessity, no matter the strength of a team’s rotation. The Yanks currently have Gerrit Cole, Nestor Cortés, Frankie Montas, and Luis Severino as their primary arms, but adding another star to the mix would give them one of the best units in the game.

Three pitchers who could provide the Yankees with a super-rotation:

Verlander makes a ton of sense for the Yankees since a prospective contract would be shorter years and higher money. At 39 years old, Verlander is undoubtedly heading toward the end of his career, but having just been unanimously voted as the American League Cy Young award winner, he clearly has plenty of gas left in the tank.

In fact, Verlander posted a 1.75 ERA this season with a 3.23 xFIP, 9.51 strikeouts per nine, and an 80.5% left-on-base rate over 175 innings. After undergoing Tommy John surgery in 2020, he returned with a vengeance this past campaign, proving to be one of the best starters in baseball.

Out of the three starting pitchers, Verlander is the most attractive due to the low years, but he’s in search of a Max Scherzer-type deal that would pay him $40+ million. He likely won’t get that on the open market, but adding Verlander and retaining Judge would certainly put the team in a position to compete for World Series in 2023.

If general manager Brian Cashman wants more security in the rotation, targeting 29-year-old starter Carlos Rodon could be a more attractive option. Rodon likely won’t cost as much as Verlander, but coming off of a season where he recorded a 2.88 ERA with 11.98 strikeouts per 9 over 170 innings is certainly valuable. Rodan doesn’t have much playoff experience, which may hurt his stock slightly, but he is in the top tier of available starters on the market.

Coming off an injury riddle season, Jacob deGrom is looking for another big contract at 34 years old. In fact, deGrom hasn’t pitched over 92 innings since 2019, tossing just 64.1 this past season with a 3.08 ERA. However, when deGrom is at the top of his game, he’s arguably the best pitcher in baseball, and taking a gamble on that is worthwhile.

The Yankees may be able to lock him in on a shorter deal with higher money to prove he can maintain his health, leveraging that into another substantial deal.

Cashman has reportedly connected with deGrom, requesting a physical to determine if he’s 100% healthy. While he could be an alternative if Judge ends up slipping away, I wouldn’t be surprised if Steinbrenner gave Cashman the green light if they can keep the years below four and surge over the luxury tax threshold for a season or two.

With Josh Donaldson’s $21 million coming off the books and the team trying to move Aaron Hicks, they will have plenty of cash flow opening up next season, especially with a few cost-efficient infielders taking over at key spots.