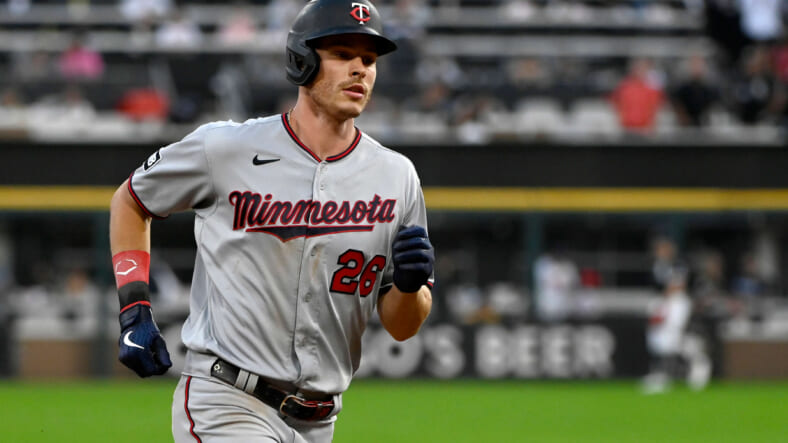 New York Yankees general manager Brian Cashman has made a few bewildering moves in recent days. Trading relief pitchers Luis Cessa and Justin Wilson for a player to be named later with the Cincinnati Reds undoubtedly creates a bit of confusion. Cessa has been performing well this year, hosting a 2.82 ERA over 29 games.

Considering the lack of bullpen depth, trading away two players doesnâ€™t entirely scream efficiency, but Cashman must have a strategy in mind to replace them in the near future. With the trade deadline on Friday, the Yankees still have a few days to make additional moves, but one big lefty that could be on his way to the Bronx.

This time around, itâ€™s not Joey Gallo whoâ€™s found himself in limbo between contract extension talks and a potential trade to an alternative club. The rumors have died down regarding the Yankees’ interest in Gallo, as Minnesota twins outfielder Max Kepler has emerged as a target.

Sources: #Twins have had preliminary trade conversations on Max Kepler. The #Yankees are one possible fit, given their shortage of left-handed hitting, as @john_jastremski mentioned to me last night. @MLBNetwork

Kepler signed a five-year, $35 million deal in 2019, and heâ€™s heading into the third season of his contract. He is set to earn $6.5 million next year, a solid number that wouldnâ€™t hurt the Yankees long-term. This season, heâ€™s hitting .215 with 13 homers and 39 RBIs. Heâ€™s currently striking out 21.1% of his at-bats, which is his highest since the 2017 campaign.

Traditionally, Kepler is a solid power bat, hitting 36 homers in 2019 with a .252 average, the highest of his career. He doesnâ€™t offer much regarding contact hitting and getting on base, but he does hover around the 10% walk-rate range, an adequate number. Heâ€™s an average defender but would provide depth at centerfield and diversity in the batting order as a lefty.

Kepler is 6’4″ and 225-pounds, providing another big body to help put runs on the board. He fits the Yankees’ slugger addition and has remained relatively healthy throughout his career. At this point, the best ability is availability for the Yankees, and they need players who donâ€™t struggle with injury issues.