Yankees can save $72.1 million with a few sly moves this off-season 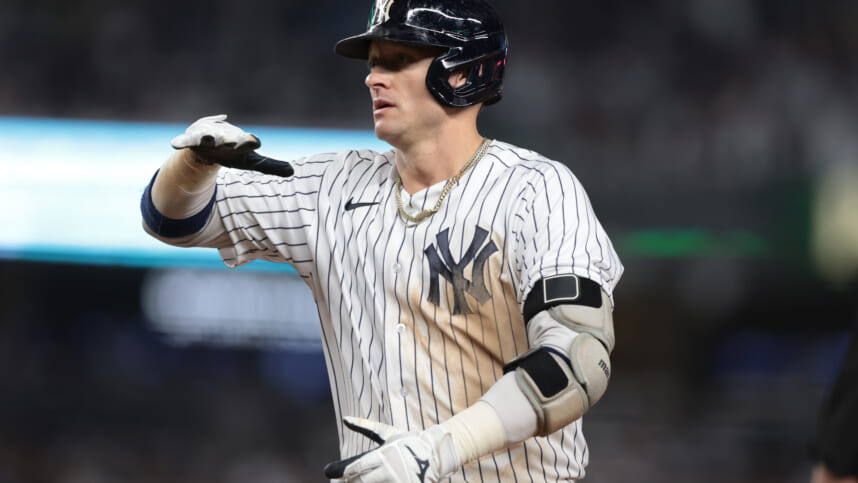 The New York Yankees can use all the money they can get this off-season, with Aaron Judge trying to find a new home in free agency. Either owner Hal Steinbrenner will offer Judge a substantial deal that outbids the opposition, or Judge may head out west with the Los Angeles Dodgers reportedly entering the fold with big bucks to spend.

One of the primary ways the Yankees can ensure they land the star slugger is by convincing him they are ready to continue spending and building a World Series-caliber roster. Last season, the team had too many holes and far too many injuries to compete down the stretch, and Judge struggling during the playoffs undoubtedly hurt the team’s overall production.

Currently, the Yankees have about $201 million in active total payroll after arbitration, giving them about $60 million until they reached their 2022 total payroll. However, Steinbrenner may be willing to push beyond the first threshold of the luxury tax, which would put the Yankees in the 42.5% sub-charge category, well above the 12% sub-charge they fell under last season.

With that in mind, clearing as much money off the books, even if it means finding ways to offload players, is a necessity. The team can reallocate those funds toward productive contracts that aren’t holding the team back.

Yankees can off-load about $73.5 million in total:

Right off the bat, the Yankees have already watched Aroldis Chapman depart in free agency, clearing $18 million off the books. That is a substantial amount of cash the 34-year-old closer is leaving behind with his contract expiring.

Chapman was a disaster in 2022, hosting a 4.46 ERA and a career-low 10.65 strikeouts per 9 over 36.1 innings. In fact, he bailed on his team during the playoffs, which all but wrote the ending of his story wearing pinstripes.

Lefty relief pitcher Zack Britton has been dealing with injury for several years now, barely making an appearance for the Yankees this past season. His contract will add $14 million back into the fold, which essentially will pay for a new left-fielder, whether that be Yoshida Masataka or Andrew Benintendi.

Flame-throwing bullpen arm Miguel Castro will clear $2.6 million off the box, but I wouldn’t be surprised if the Yankees tried to bring him back as an innings eater. The 27-year-old featured a 4.03 ERA across 29 innings but performed much better for the Mets in 2021. He’s capable of more, but injuries derailed his season, so the Bombers may be willing to give him another chance on a cheap deal.

The big whale is Josh Donaldson at third base, who is set to earn $21 million for the 2023 season, including an $8 million by-out option in 2024. The Yankees are on the hook for all of it, but if Cashman can find a way to offload even a portion of his salary, it will be well worth it.

Donaldson has seen his offensive numbers diminish with age, hitting a measly .222 with a 30.8% on-base rate, his worst number since 2012 with the Oakland Athletics. Donaldson doesn’t even remotely resemble his former MVP-caliber self, so even if it means pairing him with a prospect to get rid of his contract, it’s worthwhile to explore.

While some believed that the Yankees should non-tender Isiah Kiner-Falefa after being benched in the ALDS against the Cleveland Guardians, the front office decided to retain him on a one-year, $6 million deal. IKF doesn’t exactly have a role carved out in the infield, especially with Oswald Peraza and Anthony Volpe expected to compete at shortstop.

Third base is currently filled by Donaldson for the time being, but DJ LeMahieu could make the shift to the hot corner. Paying $6 million for a player who’s never had a wRC+ above 100 (100 is average) is a bit pricey, and the Yankees might be keen to offload his salary and land a fringe prospect in the process.

General manager Brian Cashman knows that Aaron Hicks no longer has a role on his team, even though he expressed confidence in the veteran outfielder. Hicks is set to make $10.5 million for the 2023 season, a lofty number that shouldn’t be entertained. He still has some value, given his switch-hitting capabilities and versatile defensive alignments, but the experiment seems to be over in the Bronx. As many have come to learn, playing elsewhere can sometimes rejuvenate a career, and Hicks is a prime suspect in that scenario.