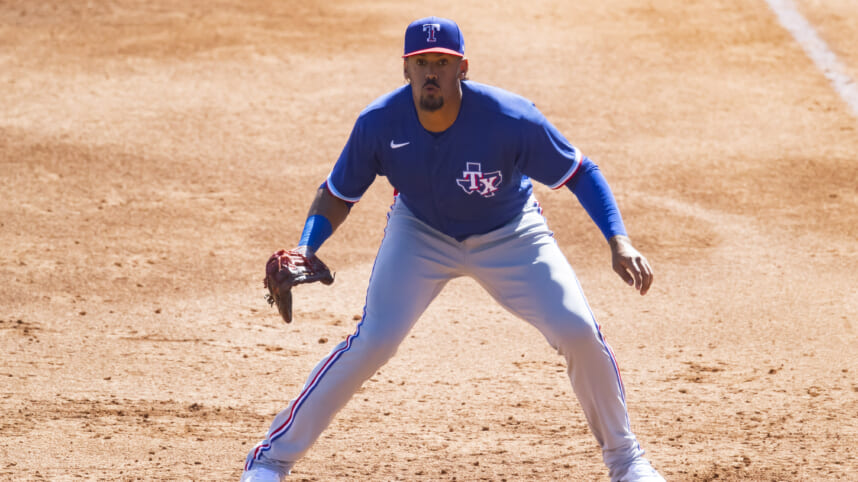 The New York Yankees are dealing with a few injuries in the infield, specifically at first base with Anthony Rizzo receiving an epidural to treat lower back issues over the weekend.

Rizzo is suffering from headaches as a consequence of the epidural, but he’s expected to return to the team later this week if not over the weekend.

Rizzo’s offensive performance has suffered due to the injury, recording a .208 average with a 30% on the base rate in the month of August. He recorded 16 hits over 77 at-bats, hitting five homers and nine RBIs.

In fact, Rizzo hit homers in consecutive games against the Los Angeles Angels before they shut him down on August 31. The Yankees have been supplementing his loss at first base, going as far as starting Marwin Gonzalez at the position on Monday.

However, the team looked to their minor league system for support, calling up 27-year-old Ronald Guzmán to help smooth over the loss of Rizzo. Guzmán is a left-handed hitter, standing at 6’5″ and 235 pounds.

What is Ronald Guzman bringing to the Yankees?

However, his usage slowly deteriorated leading up to 2021, when he played just seven games for Texas. He hasn’t made an appearance in the majors this season but could be asked to play during Wednesday’s doubleheader after Tuesday night’s game was postponed due to inclement weather.

Guzmán will likely experience a short spell with the Yankees as they try to improve their overall health over the next few weeks.

It is possible they could use him sporadically leading up to the playoffs, especially since he’s performing quite well at the minor-league level in AAA. For Scranton this season, he’s hitting .260 with a 35.6% on-base rate, 12 homers, and 39 RBIs over 90 games. He has a bit of power under his belt and plenty of MLB experience to boot, providing him some value to a team in need.