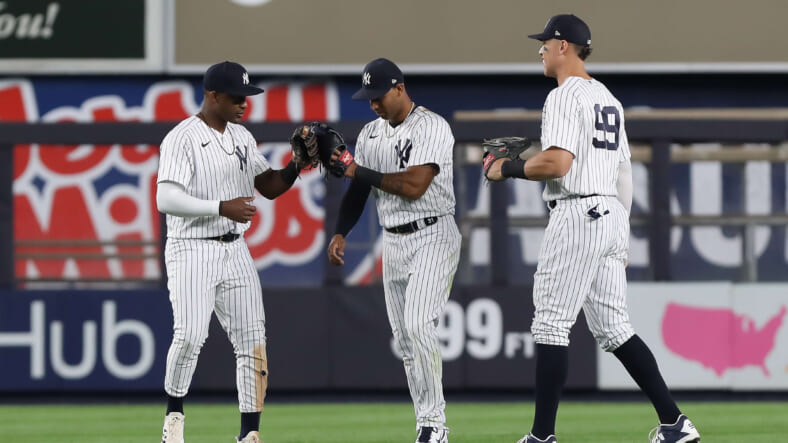 The New York Yankees are preparing to face off against the Minnesota Twins in a doubleheader on Wednesday afternoon. After Tuesday’s game was postponed due to inclement weather, the Bombers are able to expand their roster to 29 players to help during both games on Wednesday.

As part of the move, the Yankees called up reserve outfielder Miguel Andujar. The 27-year-old has played just 19 games at the MLB level this season, recording a .239 average with a 25.7% on-base rate.

Unfortunately, Miguel wasn’t able to find an opportunity elsewhere at the trade deadline, despite requesting to be moved for a major league opportunity.

General manager Brian Cashman looked into the idea of trading him but ultimately felt as though he could serve a purpose down the stretch, especially since the Yankees are dealing with a significant number of injuries right now.

Andujar will play in left field primarily. He will likely be sent down after Wednesday’s doubleheader. Nonetheless, losing Andrew Benintendi for several weeks due to a broken wrist bone on his right hand could offer Andujar more opportunities, especially since Tim Locastro and Aaron Hicks are struggling considerably in the batter’s box. If Miggy shows some offensive quality, Aaron Boone might have no choice but to keep him up.

The Yankees should get starting pitcher Luis Severino back soon:

Starting pitcher Luis Severino is set to pitch for the Somerset Patriots on Wednesday afternoon, throwing 55 pitches. This is hopefully his last rehab assignment before being reinstated to the active roster. The Yankees could use his support in the rotation.

On the year, Severino house a 3.45 ERA, 3.46 xFIP, 9.94 strikeouts per nine, and an 81.2% left on-base rate over 86 innings. It’s the first time since 2018 that Severino has enjoyed a substantial sample size of action, dealing with Tommy John surgery and other issues.

The expectation is that Severino will feature out of the bullpen during the playoffs, offering the Yankees a catalyst in the middle innings. His success this year is exactly what the Bombers needed to see, especially since they have a 2023 club option they can exercise at $10 million if desired.