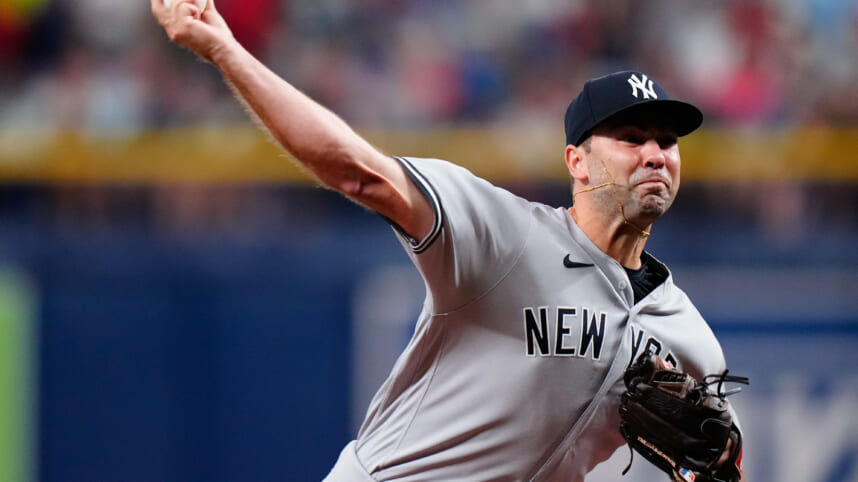 Trivino is dealing with back spasms, according to manager Aaron Boone. The former Oakland Athletics bullpen arm indicated that he deals with this at least once a year, so a few days of rest should suffice and help him get back to 100%.

The Yankees didn’t expect Lou Trivino to be so good:

Trivino has been phenomenal for the Yankees since being acquired at the trade deadline in the Frankie Montas deal.

At 30 years old, Trivino hosted a 6.47 ERA over 32 innings with Oakland. However, donning the pinstripes, Trivino features a 0.68 ERA, 4.22 xFIP, 8.10 strikeouts per nine, and an 83.3% left on base rate over 13.1 innings pitched. While his strikeouts are down significantly, Trivino is giving up fewer homers and leaving more men stranded on base.

In fact, during the month of August, Trivino gave up one earned run and eight hits over 11 innings. He forced 18 ground balls, striking out eight batters. To start September, he’s already struck out four batters over 2.1 innings, giving up two hits on 41 patches.

Looking at his pitch usage since joining the Yankees, Trivino has utilized his sinker at 33.3%, slider at 30%, and cutter at 21.7%. His sinker is generating a .125 batting average against with a 14.8% whiff rate. However, his slider represents his primary strikeout pitch, producing a .182 batting average, 42.9% whiff rate and 25% put-away rate.

Lou has earned his way into a high leverage situational bullpen arm for the Yankees, who is expected to make an impact during the postseason when called upon. The Yankees’ relief arsenal has stepped up their game recently, notably Trivino and Jonathan Loaisiga.