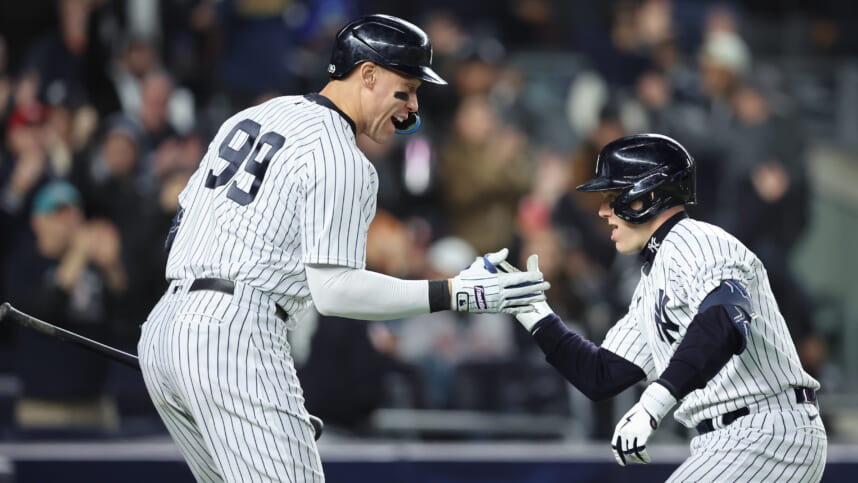 The New York Yankees‘ attention will now turn to Aaron Judge, with the World Series coming to an end on Saturday night. The Houston Astros emerged victorious against the Philadelphia Phillies, once again walking away with a World Series title while the Yankees watched from home.

Significant changes need to be made to the Yankees’ roster if they want to compete with talented teams like Houston, who are clearly superior regarding their usage of analytics.

However, if there’s one player that the Yankees must retain, it is superstar slugger Aaron Judge. Judge is coming off a historic 2022 season. The 30-year-old hit .311 with a 42.5% on-base rate and a .686 slugging percentage, including 62 homers and 131 RBIs. He struck out at 25.1% with a 15.9% walk rate, and while those numbers are likely one of a kind, even if Judge mimics his 2021 numbers, he will be well worth a contract extension.

Aside from his tangible traits and on-field production, Judge is also a great human being who interacts with the fans. General manager Brian Cashman stated recently during a press conference that Judge simply puts fans in the seats with his quality of play and engaging interactions.

“As George Steinbrenner said, he puts fannies in the seats,” Cashman said. “People want to go watch that guy play, and you want to put great teams on the field that they want to come here to watch compete and win. Certain individual players transcend the team and everything stops when they’re at the bat or they have the ball in their hand. He’s one of those types of talents.”

Cashman has a point; Judge is a cash cow for any team willing to spend the money. Owner Hal Steinbrenner shouldn’t think twice about retaining arguably the best player in baseball, given fans come to see him specifically and may avoid the Yankees in 2023 if they let him walk.

“[Judge is] going to dictate the dance steps to his free agency and he has worked extremely hard to earn this position, so we’ll see how this plays out,” Cashman said. “It can tie you up a little bit along the way, but he’s not the only guy that we’re needing to deal with. He’s the most important, but if he came in here today and said, ‘Oh, man, I’m signing up, let’s go,’ there’s still a lot of work to be done.”

Judge has already made it known that he prefers to stay in pinstripes, but it ultimately boils down to how much management is willing to offer him in free agency. The expectation is he will earn over $36 million per season, but it depends on how many years he desires. At 30, a 10-year deal seems to be a bit too aggressive, so paying him more year over year on a seven-year contract may be a realistic compromise.

Nonetheless, the Yankees have a bit of leverage knowing Aaron wants to stay in the Bronx, but they will undoubtedly have to pay a premium for him.