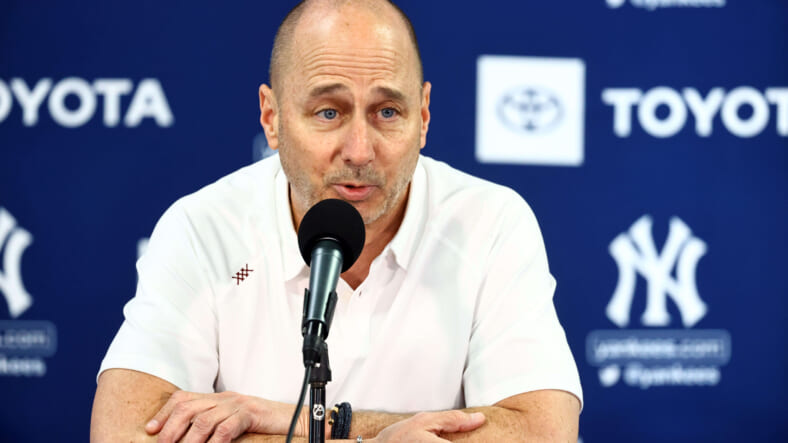 The New York Yankees have a big decision to make on superstar slugger Aaron Judge, but they must figure out the future of general manager Brian Cashman first and foremost. Cashman’s contract expired this season, and with expectations, he will be retained, free agency will only start once that is guaranteed for the Yankees.

Owner Hal Steinbrenner stated last week that he had preliminary conversations with Cashman about an extension, and given the Yankees are a perennial playoff team, bringing him back makes the most sense.

However, shortcomings and inefficient moves have plagued the team in recent years, but that likely won’t stop Steinbrenner from keeping one of his top front-office people. In fact, if the Yankees were to let Cashman walk, another team could scoop him up in a matter of minutes.

I think if Cashman is not re-signed by Steinbrenner in the next few weeks, (Mets owner Steve) Cohen would be very interested in making Cashman Billy Eppler’s boss again. As another executive told me this week, “If Brian were out on the market, he’d have offers in five minutes.” This executive added that the industry holds Cashman in much higher esteem than the media who cover and the fans who cheer for the Yankees.

Per Mike Rosenstein of NJ.com

The New York Yankees might regret letting Brian Cashman go to the Mets:

In fact, it seems as if the Mets may be on a short list of teams that would bring Cashman in for an interview, at the very least. Given his exposure and experience in the New York media market, Cashman has the toughness and relationships in New York to help the Mets in a number of ways.

The question is, who would replace Cashman as the team’s general manager if the Yankees were to go in a different direction?

Ultimately, they may see the value in reaching the postseason every year and the core development of some other young players. Cashman has made a few disastrous moves, trading away young talent, but otherwise, he’s spent hundreds of millions trying to improve the roster, despite falling short of the World Series for more than a decade.