Yankees are getting next to no offensive production from one infielder 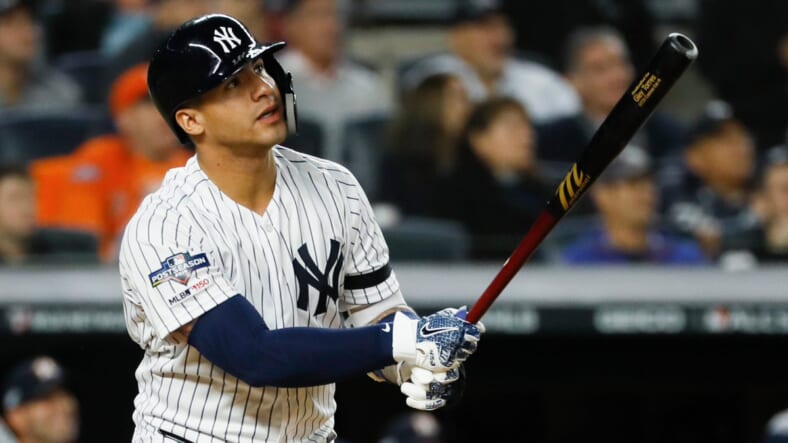 The New York Yankees offense has been a big problem throughout the 2022 postseason. Their power and some inspired performances by ace Gerrit Cole were enough to overcome the Cleveland Guardians in the Division Series, but their bats will need to wake up if they want to overcome a 2-0 deficit in the Championship Series against the Houston Astros.

There are lts of underperforming stars in the Yankees lineup at the moment, but there is one, in particular, who is playing every day and yielding no results at the plate: Gleyber Torres.

The Yankees second baseman had a fine regular season, with 24 home runs, 10 stolen bases and a 115 wRC+, indicating he was well-below average. In the playoffs, however, he has been lost.

Gleyber is slashing .148/.207/.148 with no home runs or extra base hits for that matter. His wRC+ for the postseason is a meager 3! That won’t cut it. The Yankees are currently without DJ LeMahieu, and because they have so many injuries in the outfield, Oswaldo Cabrera is needed back there. They have no choice but to keep deploying Gleyber.

His timing looks off, and he has been fooled by some excellent pitching. He is not striking out any more than in the regular season (he is at 20.7%, and was 22.6% in the year as a whole), but he is not making hard contact and has been hitting the ball in the ground a lot, 47.6% of the time to be exact. The lack of line drives (14.3%) is alarming.

If the Yankees are going to come back in the series, they need Torres to hit his stride and start hitting. There are several slumping hitters in the lineup, and the objective of the game is scoring more runs than the opponent. It’s time to work on the cage, define an approach, and make adjustments.