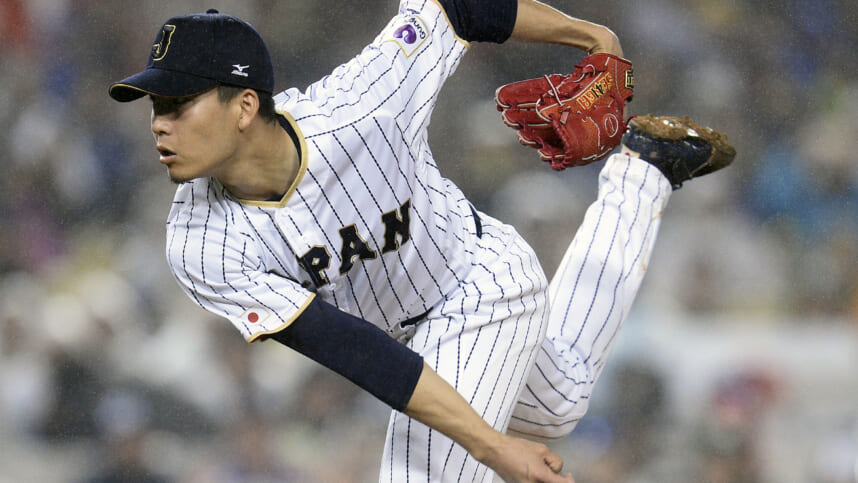 Adding starting pitching support isn’t necessarily high on the Yankees’ wish list this off-season, but that doesn’t mean they won’t consider infusing more pieces into the rotation, especially with the departure of Jameson Taillon.

The Bombers have been connected to a myriad of high-profile arms, notably Justin Verlander, Jacob deGrom, and Carlos Rodon. However, GM Brian Cashman could look to Japan to find an answer, with Kodai Senga arising as a potential option for the Yanks and several other clubs including the Boston Red Sox.

“The Red Sox and Yankees have made contact with Kodai Senga’s representatives, sources confirm,” MLB.com’s Jon Morosi tweeted Monday. “Senga, 29, is not attached to posting fees or draft pick compensation, which has broadened his marketplace. (The Athletic’s) Ken Rosenthal reported the (New York) Mets and (San Diego) Padres have met with him.”

What would Kodai Senga bring to the Yankees?

The Japanese pitcher has an electrifying fastball, topping out at 101.9 mph this past year, featuring a splitter that has incredible movement. Also in his repertoire, Sanga hosts a cutter and slider, a tremendous four-pitch sequence that will translate beautifully to the MLB.

We know how much the Yankees love their high-velocity pitchers, but the ones that locate are even more enticing. At 29 years old, Senga undoubtedly has a few more years of prime ball, and with that type of velocity, the Yankees need to be considering his services.

Since Senga is clearly highly sought after, it may be difficult for the Yankees to land him on a reasonable contract, with a projected deal being $60 million over four years. Averaging $15 million per season seems reasonable for Senga, settling in the 2nd tier of free-agent pitchers.

Of course, the Bombers could take a far more conservative route with air rotation, elevating Clarke Schmidt or retaining Domingo Germán in arbitration, which is expected. Neither likely have the longevity that Taillon has, so bringing in a price-efficient starter with upside could be a solid move.

If they want to spend a little bit more to take a risky gamble on a great player making the transition from the Nippon League, Senga undoubtedly fits the bill.