Yankees already have their long-term shortstop, catcher, and relief ace in the system 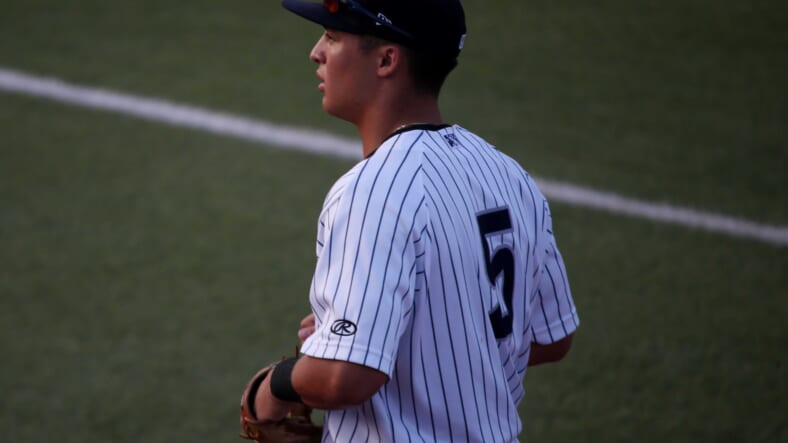 The New York Yankees have big plans for the future, most of which revolve around their youth prospects rather than lucrative free agent signings and trade acquisitions. It’s unlikely GM Brian Cashman spends big money on a player like Carlos Correa, and trading for a new catcher already seems to be off the table as the Yankees tendered Gary Sanchez for $8 million.

However, if their elite prospects develop into starting talent, they will be in great shape for the future with the flexibility to spend big money with important positions locked up for cheap.

The Yankees have three premium prospects climbing the ranks:

The Yankees’ No. 1 prospect is none other than Anthony Volpe, who hit .294 with 27 homers this past season with Hudson Valley and Tampa. Volpe has sparked interest from around the league for his incredible bat and efficient defense at shortstop.

“He had a very impressive year,” Cashman said recently. “He certainly caught the attention of the entire industry. It really reinforces and justifies everything we heard from our amateur department when we drafted him, and so we’re excited about his future.”

Volpe isn’t only a fantastic player, he’s also humble, indicating his desire to be the best player he can be but understanding he has a long way to go.

“I don’t really pay too much attention to the stuff outside of my control,” Volpe said on YES Network. “It’s definitely an honor and one I don’t take lightly, but at the same time, I just want to be the best player I can possibly be. Whether that’s an unranked bottom-of-the-order prospect or where I am now, the Yankees’ No. 1 prospect, I think I still have a long way to go to reach my potential.”

At this rate, Volpe is about two years out from making an on-schedule MLB debut. His performance in Low-A ball was encouraging, but the Yankees want to see consistency across the farm system, brewing optimism he can perform at the MLB level.

Another premium-level prospect for the Bombers is catcher Austin Wells, taken in the 2018 June Amateur Draft. Wells was phenomenal, posting a .264 average, 16 homers, 76 RBIs, and 16 stolen bases. With incredible athleticism Wells has the ability to be the Yankees’ next big thing at catcher, surpassing Sanchez and his inability to progress at the top level.

â€œThose two guys continue to reinforce â€” one, as expected (Wells), and the other, that heâ€™s the real deal (Dunham),â€ general managerÂ Brian Cashman said on Sunday,Â via NJ.com:

While Wells has plenty of development left to do, he’s expected to make the jump to AA ball at some point in the near future; that much closer to a debut with the Yankees’ MLB squad. Wells and Volpe seem to be on a similar timetable.

Whenever you have a prospect hitting 100 MPH out of the bullpen, you know you’ve got something special. Luis Medina is one of the Yankees’ most valuable prospects in the pitching department, and he could earn an opportunity to feature in the MLB this upcoming season.

Medina recorded a 3.39 ERA this past season with Somerset and Hudson Valley over 109 innings. As a strong-armed relief pitcher, the Yankees are extremely high on him and his velocity.