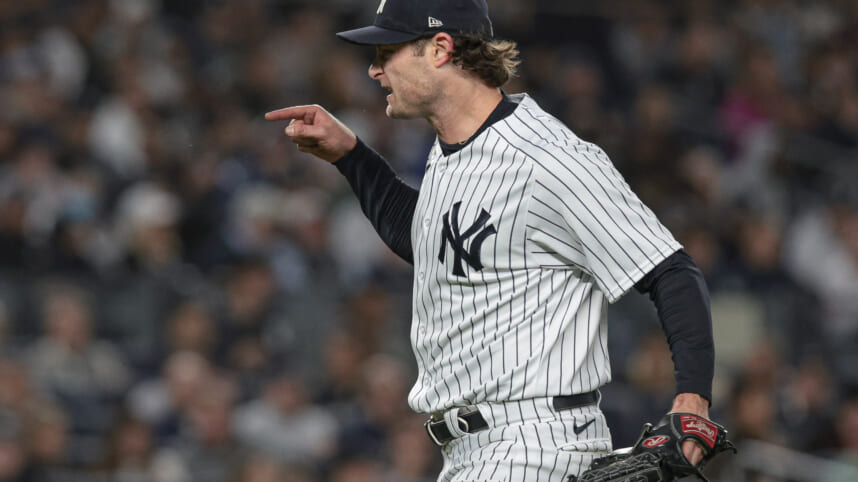 The New York Yankees overcame the Boston Red Sox last night 5–4, courtesy of a Jose Treviño single in the bottom of the 8th inning, driving in Harrison Bader, who walked in a pinch-hitting appearance.

The Yankees tallied seven hits on the evening, striking out nine times, just barely overcoming Boston after they fought their way back into the game when outfielder Alex Verdugo smashed a homer to centerfield off Gerrit Cole.

The Yankees need Gerrit Cole to get rid of the home runs:

Gerrit Cole had a bumpy performance, giving up a solo homer in the 1st inning to Tommy Pham and then going five innings of run-less ball before the Verdugo homer.

However, tensions ran high when Cole believed he struck out Verdugo on the pitch before he launched a homer. The ball may have just nicked the bottom right corner of the zone, in which Jose Treviño elevated his glove to make it appear as a strike. It seems as if Treviño fooled his own pitcher with his quick glove, as Verdugo indicated it wasn’t even close.

“It wasn’t even close,” Verdugo said. “He wants to steal every pitch. He wants his catcher to steal it.”

Every pitcher wants their catcher to be an elite framer, giving them more opportunities to record strikes. Cole is a highly competitive individual, so it is not surprising to see his emotions boil over and get him ejected. Luckily, he was probably on his way out anyway after 103 pitches in the 6th inning.

“The damage there late is personally tough to swallow,” Cole said. “I think that we made some good strides today and I thought that overall I threw the ball well. It’s obviously just an emotional moment.”

Cole has been inconsistent lately, giving up a home run in six consecutive games. In the month of September, he features a 4.94 ERA, allowing 13 earned runs over 23.2 innings. He’s also giving up eight homers in that timeframe, an unbelievable number that continues to plague the star pitcher. After a rather dominant August, it seems as if Gerrit has come crashing back down to earth.