Yankees: Aggressiveness was the key for Corey Kluberâ€™s dominant start 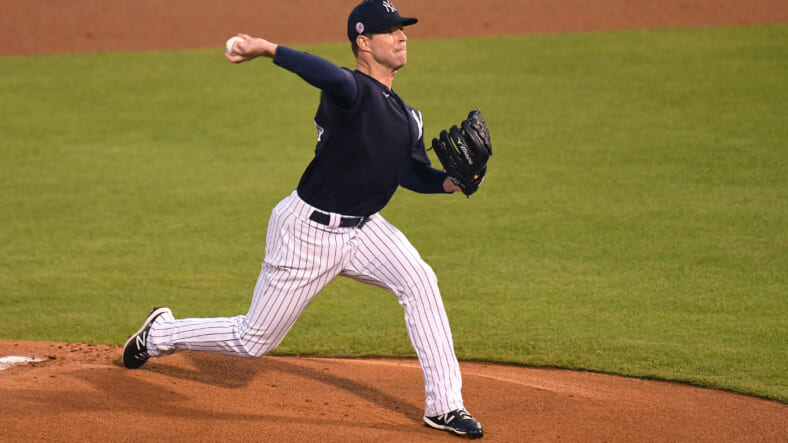 When the New York Yankees signed Corey Kluber before the season, they expected him to attack hitters with his stuff and limit self-inflicted damage, as his career 5.6 walk rate would suggest. In the first five starts of the season, though, he has an uncharacteristically high 12.9 walk rate, coupled with a 4.15 ERA.

The Yankeesâ€™ veteran righty had trouble consistently finding the strike zone in his first four starts with his new team. But as it turns out, it was a matter of him trusting his stuff and not nibbling around the zone: attacking hitters worked out perfectly for him last night against the Baltimore Orioles.

Kluber pitched his longest game in more than a couple of years, staying on the mound for 6 2/3 very competitive innings and limiting the Oriolesâ€™ offense in a 5-1 Yankees win on the road.

â€œGetting the win is the most important thing, but I’ve been saying that I feel like I’m close,â€ Kluber said. â€œIt was good to finally go out there and string together a good outing. Any win you can get is a special one.â€

Kluber was able to live in the zone with his whole arsenal: cutter, sinker and curveball. He was razor-sharp, conceding a single run on six hits and two walks. Perhaps more importantly, he provided the Yankeesâ€™ bullpen with some rest.

â€œThat’s the goal every time out as a starter,â€ Kluber said. â€œOur bullpen has been unbelievable thus far this year. They’ve probably had to cover more innings than we’d all like this far. For them to continue to have that success throughout the course of the season, I think that as much as we can lessen their burden, the better.â€

â€œCorey set the tone,â€ Yankees manager Aaron Boone said, per MLB.com. â€œHe threw the ball really well and was in command most of the night.â€

His catcher Kyle Higashioka also praised him. â€œHe was really just pounding the zone with everything — cutter, two-seamer, slider, changeup,â€ Higashioka said. â€œI think the big thing for us tonight was definitely making sure that we were pounding the zone and being aggressive with these hitters. I think it really paid off.â€

If Kluber can recapture at least 85 percent of the form that made him a two-time Cy Young award winner, the Yankees would be thrilled.