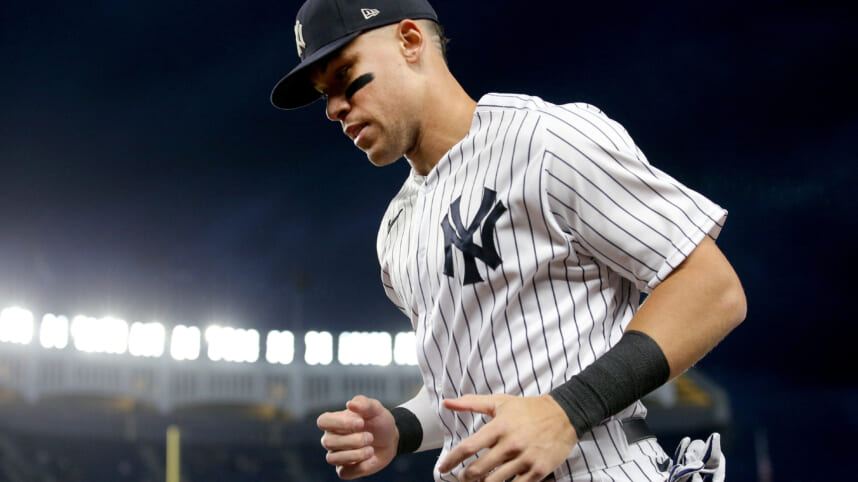 The race for slugger Aaron Judge’s signature will likely come down to two teams, the New York Yankees and San Francisco Giants. The Giants are keen on presenting a sizable offer to Judge, who may prefer to go back home out west rather than stay in New York, where he was just bood after a historical regular season campaign.

Despite Judge’s postseason woes, fans understand how much he’s worth to the organization. He ultimately puts fans in the stands and draws viewers from around the world to experience his quality. However, there is a very real chance he leaves the Bronx in favor of more money and favorable weather.

In fact, one former general manager believes that San Francisco is all in on the 30-year-old outfielder, meaning the Yankees will have to be extremely aggressive in their pursuit.

“Look, when the Giants say they’re going to be all in and they’re not going to be outbid, it’s going to mean giving the extra year. Whether that’s nine years or 10 years … I think it might get there.”

Coming off a season where he hit .311 with a 42.5% on-base rate, 62 homers, and 131 RBIs, it is no surprise that Judge is garnering this much attention and respect from opposing teams. They have an opportunity to turn a mediocre club into a playoff-caliber squad with one acquisition, let alone the personality he brings to the locker room.

“The Yankees can outspend anybody, but the Giants are going to be all in on this man.”

If the Yankees end up losing Judge, supplementing his loss is borderline impossible. There’s no single player that can replace his production, but instead, they would have to spread out the funds to multiple spots in hopes of smoothing over his departure.

“I don’t know how to construct the Yankees if they lose Aaron Judge to make them a really competitive team,” Phillips said Friday on MLB Network’s High Heat. “I don’t know how to get them there. You’re going to need two or three players to make up for Judge’s offense and you can identify who those guys are, but those players have choices, too. They’re not going to automatically say, ‘I’ll be with the Yankees now.’ So I think it’s going to be very interesting to see.”

The Yankees may only be willing to give Aaron a seven-year deal, which would give leverage to the Giants, who are willing to push the years beyond what feels comfortable.

The Bombers ultimately don’t want to be paying Judge until he’s 40 years old, when his value is undoubtedly far below his price tag. The Yankees are already struggling to get the most out of Giancarlo Stanton at 33 years old, so taking a big risk that Judge’s body doesn’t begin to break down is something the team has to come to terms with.

Either way, the Yankees are in a difficult spot since Judge is in his prime and can lead them to a world series year after year, but at his size and age, who knows how long he will be at the top of his game? Most would agree it’s worthwhile to extend him since he’s capable of carrying an offense all on his own, which is a rare reality.