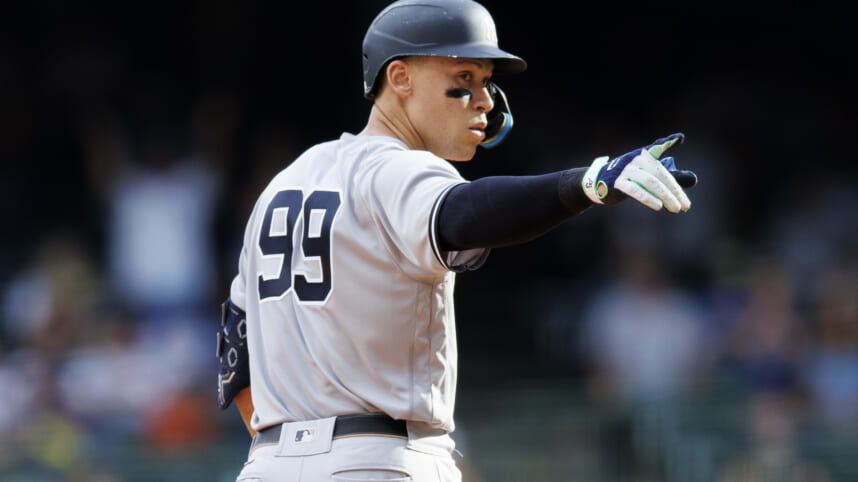 The New York Yankees are in hot pursuit of a superstar slugger Aaron Judge, but he is doing his due diligence and meeting with the West Coast teams looking to sign him in free agency. Owner Hal Steinbrenner has already indicated that he prefers Judge stay in pinstripes for the remainder of his career, but he’s going to have to cough up a new super yacht to get it done.

In fact, his new contract demands are about $320 million, exceeding $40 million per over eight seasons.

“Judge is believed to be seeking a deal of at least eight years with an average annual value exceeding $40 million.”

Before the 2022 campaign began, the Yankees presented Judge with a $31.5 million offer per year, which he obviously turned down and went on to have a historical campaign littered with accomplishments. The 30-year-old recently won the MVP, further boosting his stock and giving his agency more leverage to negotiate on his behalf.

The Yankees are now in a bidding war:

While the Bombers are still keen on acquiring him, Judge flew to San Francisco to meet with the Giants on Tuesday, a team that is significantly interested and has the flexibility to offer him a substantial contract.

“From a financial standpoint, there’s nobody that would be out of our capability to kind of meet what we expect the contract demands will be,” Zaidi said. “It’ll just be a question of whether there’s mutual interest and how we put together the best possible team.”

San Francisco doesn’t traditionally offer $320 million deals, but for a player like Judge, a perennial home run hitter with generational power, sometimes you have to break the bank. The Los Angeles Dodgers are also targeting Aaron, so the Yankees have a fair amount of competition to fend off if they want to retain the league’s best player.

The Yankees could do a lot with that money alternatively, but considering Judge carried their offense in the second half of the season, it is fair to say he’s worth every penny. The Yanks have cash coming off the books in 2023, notably from Josh Donaldson, who is owed $21 million with an $8 million buyout for next season, but the expectation is that general manager Brian Cashman will try to offload him this off-season. In addition, Aaron Hicks is also scheduled to earn $10.5 million, another deal the team should get rid of.

Even if the Yankees decided to keep both Donaldson and Hicks, they have more than enough cash flow to afford Judge, who puts fans in the stands and will ultimately provide his worth over the length of his contract, especially within the first five years of signing a new deal.