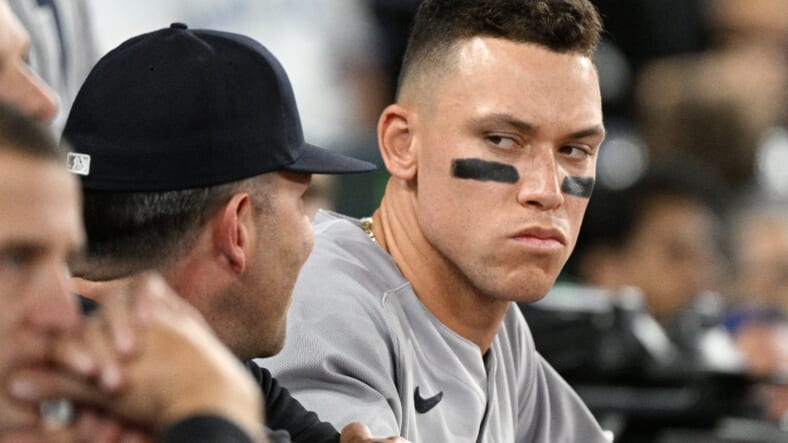 With headlines circling Juan Soto for the New York Yankees the priority remains outfielder Aaron Judge, a homegrown talent that is well deserving of a monster contract extension.

Judge and his representatives rejected an offer from management right before the start of the 2022 season that would’ve paid him $30.5 million per season. He is seeking a far more lucrative contract and with another elite campaign underway for the star slugger, he’s likely to land a deal worth over $35 million per season.

However, the prospect of Judge leaving the Yankees is very real, especially if another team comes in offering a big contract. At the end of the day, it is all about money and maximizing his time in the league, so the Yankees must be careful with how they approach his contract extension.

A young fan named Jacob asked Marly Rivera of ESPN to report to Judge his concerns about him leaving the Yankees.

“Are you telling me that Aaron Judge may not be a Yankee after this year?”

Judge stould there in silence trying to manufacture a response after being put on the spot. His answer didn’t indicate there was a good chance of him staying but rather turning attention to his teammates and their talents if he ends up leaving.

Judge’s response was certainly intriguing, but I wouldn’t look too much into it. The Yankees are still very much interested in bringing back one of the league’s best players, especially if they make it to the World Series this season.