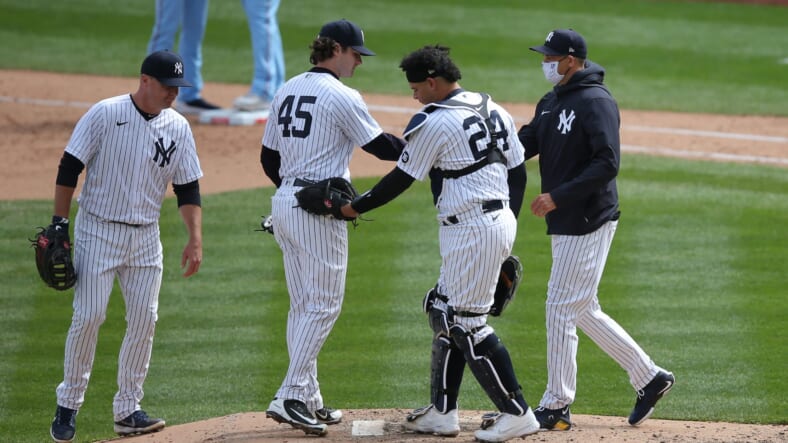 Major League Baseball seems fixated on the idea that the game needs to do something to change the predominant â€œthree true outcomesâ€: home runs, walks, and strikeouts. They want more action on the bases, and more balls in play. The New York Yankees, and every other team in the league, could endure a huge impact in the run-prevention department if the measure is ever implemented in the big leagues.

This week, it was announced that MLB and the Atlantic League will make an experiment: in the mentioned circuit, they will move the pitching rubber back to 61 feet, 6 inches. In total, they will move it 12 inches further from the plate.

The idea is that batters have a little bit of extra time to react to pitches and put the ball in play with more frequency.

The Yankeesâ€™ skipper was surprised but is willing to try it

Yankeesâ€™ manager Aaron Boone was surprised by the measure when he first learned about it on Wednesday. He wondered, according to MLB.comâ€™s Yankees official site, how much it would affect pitchers, in the hypothetical case the rule was applied in the big show.

Yet, the Yankeesâ€™ skipper appears open to see how it works out.

â€œThat seems pretty drastic, but again, sometimes the craziest of ideas end up having some traction to them,â€ Boone said. â€œI think itâ€™s important that you try these things out when you are trying to consider different things in a league, where you can kind of take some information and see how it works out.

â€œI think itâ€™s good that Major League Baseball is trying a number of these things out — to see what it looks like, gather information about it and look for ways to continue to move the game forward.â€

The Yankees have some of the best pitchers in the world: Gerrit Cole, Aroldis Chapman, Corey Kluber, Chad Green, and other prominent names. It remains to be seen if it is something that they would be on board with.