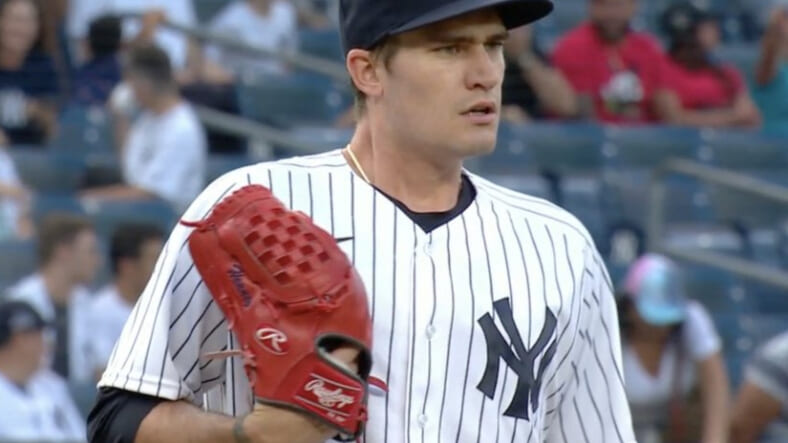 Despite having a 5.48 season ERA, including a 6.23 mark in five games and 26 innings with the New York Yankees, left-handed starter Andrew Heaney was starting to come around with the help of pitching coach Matt Blake.

Heaney, acquired from the Los Angeles Angels on the day of the trade deadline, was supposed to be a depth addition for the Yankees. He had a 9.00 ERA after his first three starts, but by embracing a fastball-heavy approach in the upper part of the zone, he had much better results in his last two outings.

On August 18, he dominated the Boston Red Sox for seven innings of two hits, two walks, an earned run and four strikeouts; and the week after that, on the 24th, the stymied the Atlanta Braves for four frames, allowing just two runs and striking out five.

As Yankeesâ€™ right-hander Corey Kluber (who has a 3.04 and is returning on Monday from a lengthy absence due to a shoulder injury) makes his return next week, manager Aaron Boone indicated that Heaney will likely be moving to the bullpen.

The Yankees will â€œpiggybackâ€ Kluber and Heaney

Boone said, per Marly Rivera of ESPN, that he expects to â€œpiggybackâ€ Heaney after Kluber starts on Monday against the Halos. The skipper explained that he is also expecting â€œa few strong inningsâ€ from Kluber on next week.

Kluber hasnâ€™t pitched for the Yankees since late May, when he injured his shoulder. He threw a no-hit, no-run that month against his former team, the Texas Rangers.

The Yankees have an ongoing 13-game winning streak and started turning their season around in July, a process that was expedited by their savvy deadline acquisitions.