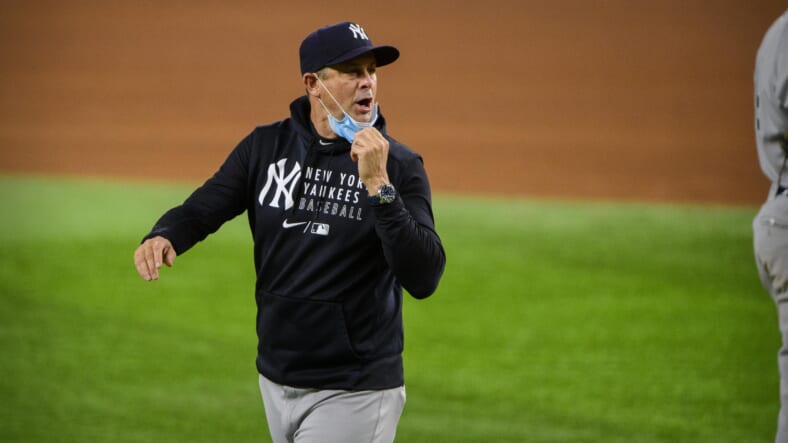 The New York Yankees took the fiield on Thursday tied with the Boston Red Sox and the Toronto Blue Jays for the American League Wild Card. By losing a game that seemed on the pocket (they held a 2-0 advantage and ended up dropping it 3-2) against the lowly Baltimore Orioles, they now find themselves half a game behind their rivals.

The 82-65 Yankees will play the Cleveland Indians this weekend, and need to win consistently and relentlessly if they want to make it into October.

Itâ€™s baffling that a team like the Yankees couldnâ€™t score more than two runs against the worst team in the league.

Before Thursdayâ€™s contest, the Yankees were tenth in the American League in runs scored. The circuit has 15 organizations.

Yesterdayâ€™s starter Jordan Montgomery has been one of the pitchers who has felt the impact of the mediocre offense. Last night market the 22nd time in 27 starts that his batters fail to give him more than three runs of support.

In the fifth inning, a Joey Gallo fly out at the warning track had the look of a grand slam, but fell into the outfielderâ€™s glove for the third out of the inning.

â€œWe had a lot of good at-bats and didnâ€™t have a lot to show for it,â€ Boone said. â€œIt was a really good at-bat by Gallo there that was almost a grand slam. â€¦ [A] little bit of tough luck there early, but weâ€™ve got to find ways to add on. Weâ€™ve got to find a way to put teams away when we have a chance.â€