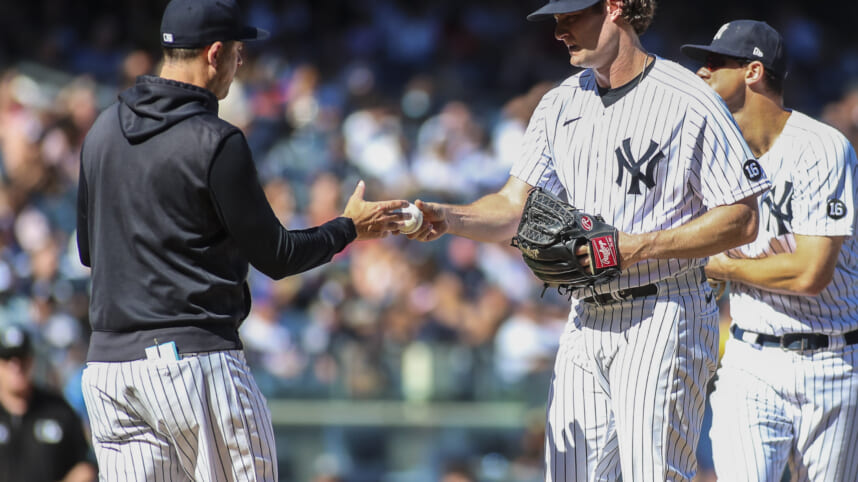 The New York Yankees would’ve lost Game 3 against the Houston Astros one way or another, considering their offense was unable to create any production. However, when they went down 5–0, the team looked completely uninspired, lacking motivation and striking out at an almost inconceivable rate.

Down three games in the ALCS, the Yankees’ hopes of making it to the World Series are all but lost. Unless they can win four consecutive games, their season will end prematurely with a big off-season ahead headlined by Aaron Judge and his expected contract extension.

The Yankees should have someone on the hot seat for another early playoff exit:

There’s also a strong argument to make that some of the Yankees’ bras should be on the hot seat, considering their lackluster moves. Whether it be managerial decisions or roster shake-ups, the Bombers have faltered at every point. Boone has made several interesting decisions over the past few days, notably in the bullpen.

He refused to utilize Clay Holmes against the Cleveland guardians in Game 3 of the ALDS and wouldn’t let his ace, Gerrit Cole, work his way out of a bases-loaded situation on Saturday.

“I was just not ready to come out,” the Yankees ace said.

Thanks to a few lucky hits from the Astros, Cole found himself with the bases loaded and no outs in the top of the sixth inning.

Boone wanted a heavy sinkerball pitcher that could generate some ground balls to try and get out of the inning unscathed. Considering Lou Trivino‘s 52.6% ground ball rate during the regular season, the logic was justified, but Cole was having a solid day aside from one bad pitch to Chas McCormick early in the game.

“Obviously,” Boone said, “it turned out that it didn’t work out for us.”

Instead, Trivino gave up a single to center and helped Houston extend their lead to 5–0, putting the Yankees in a spot where they had a fight from a massive deficit.

Seemingly, Boone has made some terrible decisions during the postseason, which is unacceptable for a team that had World Series aspirations.

At this point, it seems as if the Bombers will be watching from their couches soon enough with one last gasp of air on Sunday with Nestor Cortés on the mound.