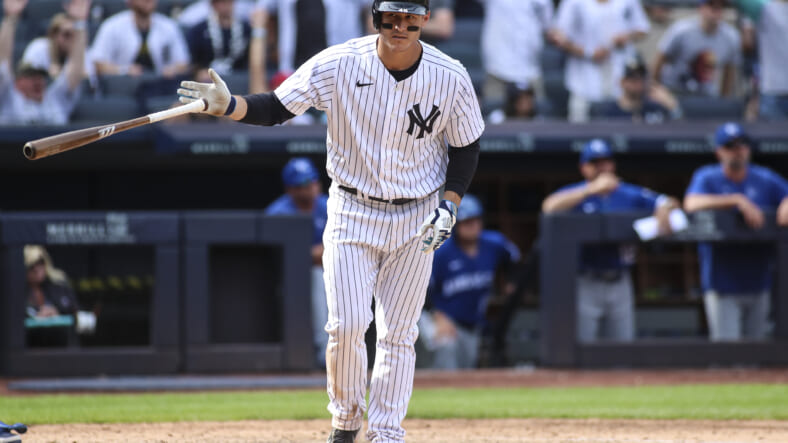 New York Yankees manager Aaron Boone couldn’t have offered Anthony Rizzo any more praise than he did on Thursday during an interview with WFAN. Rizzo was one of the Yankees’ more prominent leaders during the 2022 season, offering distinctive intangible traits in the locker room and producing valiantly on the field.

The Bombers signed Rizzo to a two-year, $32 million deal with a player option in the second season. The expectation is that Rizzo will decline the option and look for more money, but Boone showed his hand, providing a glowing review of the star first baseman.

“He’s been everything we could have hoped for,” Boone said during an interview on The Michael Kay Show on Thursday. “He’s been an amazing person in our clubhouse. An amazing teammate, an amazing leader, very productive on the field. I think very much cut out to play for our team, for the Yankees. I think he handles all that goes with playing here as one of the premium players and leaders so well. So yeah, I would love to have him back, of course.”

The 33-year-old infielder hit .224 with a 34% on-base rate this past season, including 32 homers and 75 RBIs. Considering Rizzo tied his career high in home runs, his power clearly remains a prominent variable in his game.

However, he also contributed significantly during the playoffs, whereas other players faltered. He hit .276 with a 43% on-base rate, two homers, and eight RBIs across just nine games. He earned a 13.5% walk rate and 21.6% strikeout rate, showcasing his defensive qualities in addition.

At the end of the day, the Yankees simply can’t afford to lose the Italian Stallion, considering he may be the best first baseman on the free agent market. General manager Brian Cashman considered Matt Olson and Freddie Freeman last off-season, settling with Rizzo, who ended up having a stellar campaign.

Given the value he brings to the clubhouse, it is difficult to put a price tag on Rizzo’s contributions. However, it is quite evident that Boone would love to have him back, and the Yankees will undoubtedly try.