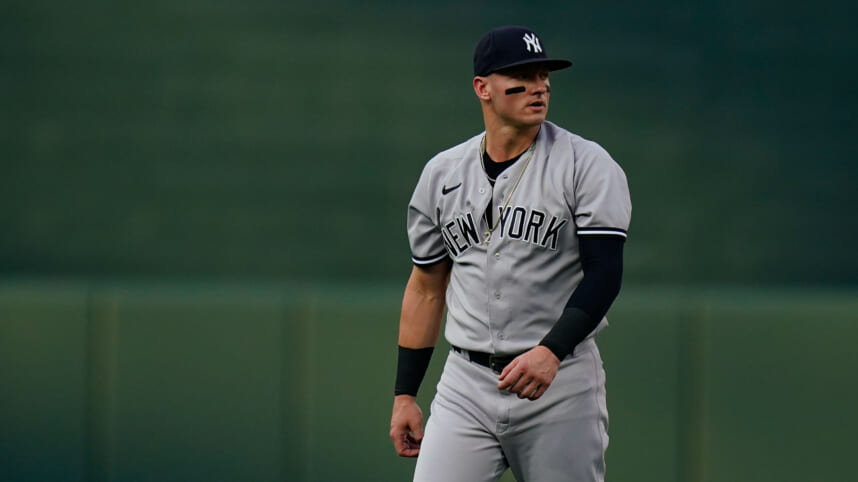 New York Yankees manager Aaron Boone can’t blatantly say they will be trying to move on from Josh Donaldson this off-season, which would clear $21 million in base salary, but he suggested that the veteran third baseman simply had a down year in 2022.

Boone spoke to the media on Thursday afternoon, answering a question regarding Donaldson and his future with the team. The 36-year-old infielder is in the final year of a four-year, $92 million deal he signed with the Minnesota Twins. Of course, general manager Brian Cashman acquired him in the deal that sent Gary Sanchez and Gio Urshela to Minnesota. The main grab was Isiah Kiner-Falefa, who disappointed this past season, receiving a crisp benching during the ALDS against Cleveland Guardians for lackluster defensive support.

However, Boone hinted at the possibility of Donaldson returning in 2023, despite his lofty price tag.

“As we sit here right now, absolutely. He’s been an offensive machine for the best part of his career. I think it was one of those years where he was searching for that consistency.”

Of course, Boone isn’t going to throw a player currently on the roster under the bus. Donaldson hit .222 with a 30.8% on-base rate, 15 homers, and 62 RBIs. He recorded a career-high 27.1% strike-out rate, an abysmal number that displayed his deficiencies and regressing bat.

The Yankees can’t rely on Josh Donaldson in 2023:

With Josh’s inability to get on base at an efficient clip, he had to lean on his stellar defense to carry the load of his production. While he locked down third base valiantly, he routinely came up short in the batter’s box, a reality the Yankees simply can’t justify moving forward at his cost.

Despite Aaron’s confidence in Donaldson, I would expect Cashman to try and offload his deal over the winter. There were reports that Cashman attempted to move on from his contract at the trade deadline, but nothing materialize, given his astronomical cost.

At the end of the day, the only way to get rid of Donaldson’s contract is to either package him with a prospect or agree to pay a portion of his salary while he plays for a different team. That would save the Combers a bit of cash to reallocate toward a potential Aaron Judge extension or another free agent.