Yankees: 2 young bullpen arms who could make a huge impact in 2023 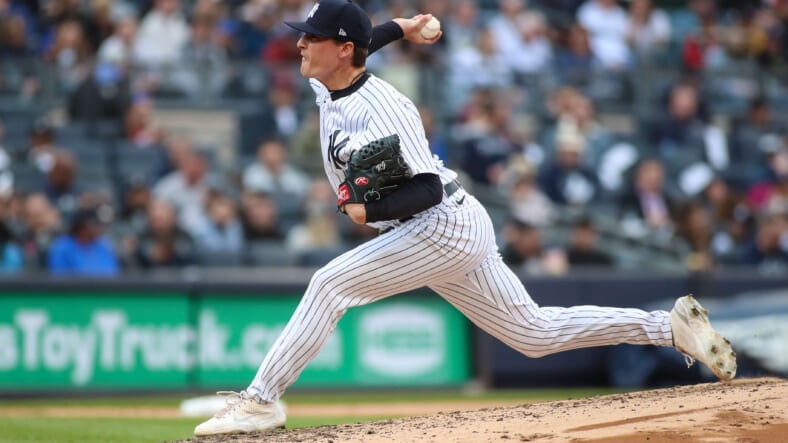 The New York Yankees project to have a strong bullpen for the 2023 season, despite Scott Effross projecting to miss the entire campaign after undergoing Tommy John surgery to close the year. In addition, Michael King also suffered an elbow injury but avoided Tommy John surgery, meaning he should be available for Opening Day next spring.

The team is keeping the majority of its bullpen arms, with Aroldis Chapman, Zach Britton, and Miguel Castro as their primary free agents. Both Chapman and Britton will likely depart, given their lack of production or inefficient play.

Castro is a decent option the Yankees could retain on a cheaper deal. He was on a one-year, $2.6 million contract for the 2022 season, but he was a bit shaky, so retaining him at a lower price point is a feasible option.

However, the Bombers have two fantastic young relief pitchers who are set to make a significant impact next season.

Two young bullpen arms who could make an impact for the Yankees in 2023:

The Yankees hoped that rookie Ron Marinaccio would be available during the postseason, but he, unfortunately, sustained a lower leg injury that placed him on the injured list. He was unable to return against the Houston Astros in the ALCS, but he put together a solid first year in the MLB.

Marinaccio has one of the best change-ups on the roster, throwing it 37.9% of the time, generating a 33% put-away rate, including 29 strikeouts.

He also generated a 40.9% whiff rate and 18% more horizontal movement than the average pitcher. By most accounts, his change-up is lethal, representing arguably his best pitch and one of the best on the team.

The team has high hopes for 27-year-old relief arm Greg Weissert, who tossed 11.1 innings for the Yankees this season.

This was his first MLB action, earning a 5.56 ERA and a 40% ground-ball rate. Weissert struggled out of the gate but had a strong finish to the season. In fact, he didn’t give up a run in his final five outings, showcasing the quality manager Aaron Boone expected.

Weissert throws the ball like a frisbee, generating 78% more horizontal movement on his slider than the average pitcher. He is a primary sinker/slider bullpen arm, which fits Matt Blakes’s equation perfectly.

With the loss of Effross next year, Weissert will have to take on a much bigger role, but he has the stuff to provide consistently fantastic performances throughout an entire campaign.