Yankees: 2 perfect replacements for Aaron Hicks in the outfield 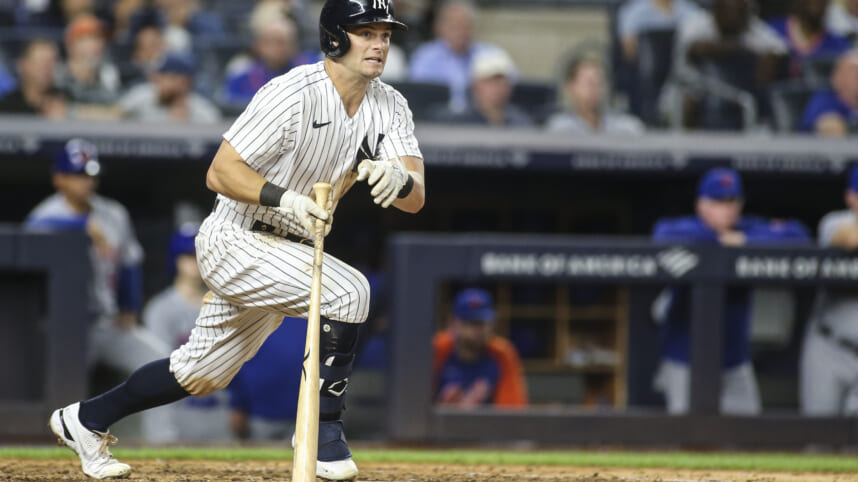 The outfield for the Yankees is unsettled heading into the 2023 off-season, especially with Aaron Judge remaining a free agent for the time being. The expectation is that general manager Brian Cashman will make a serious run at Judge, doing his best to retain him and make him the team’s everyday right fielder for the next 7+ years.

However, the team also asked to make a decision on Aaron Hicks, who’s set to earn $10.5 million next season coming off a disappointing 2022 campaign. Offloading his salary is an ideal scenario, especially since the Yanks already acquired Harrison Bader to play centerfield for at least one more season. That leaves left field wide open, and the Yankees simply can’t commit to Hicks as their top option.

Two replacement options for Aaron Hicks in the Yankees’ outfield:

At 28 years old, Benintendi should be an easy choice for the Bombers if they want to lock down left field for the coming seasons. Over 126 games, Benintendi hit .304 with a 37.3% on-base rate, five homers, and 51 RBIs. After hitting 17 homers in 2021, his slugging prowess dropped considerably but did hit two homers with the Yankees over 33 games.

Unfortunately, Benintendi‘s numbers fell off quite a bit once he transitioned to pinstripes, eventually breaking a bone in his wrist that kept him out for the entire postseason. However, he is a solid defensive outfielder and provides elite contact capabilities in the batter’s box. Retaining him would be a perfect situation for the Yanks, especially since they could use a bit more support offensively during playoff scenarios. Historically, Benintendi is a good postseason hitter, batting .272 with a 32.2% on-base rate over 21 playoff games.

If Cashman misses out on Benintendi, a great alternative is Japanese star outfielder, Masataka Yoshida. At 29 years old, Yoshida is known for his ability to get on base, hitting .335 with a 44.7% on-base rate, including 21 homers and 88 RBIs for the Orix Buffaloes this past season.

Yoshida is a lefty batter — a preference for the Yankees and their stadium with a favorable short right porch. Defensively, he’s nothing special, but his contact qualities are some of the best you can find, making him another stout option to replace Hicks in the pecking order.

The question is, how much will Yoshida cost on the open market, especially with other teams expected to be interested? A deal worth $15 million per season isn’t out of the question.