Yankees 1B Anthony Rizzo scratched from lineup due to lingering injury 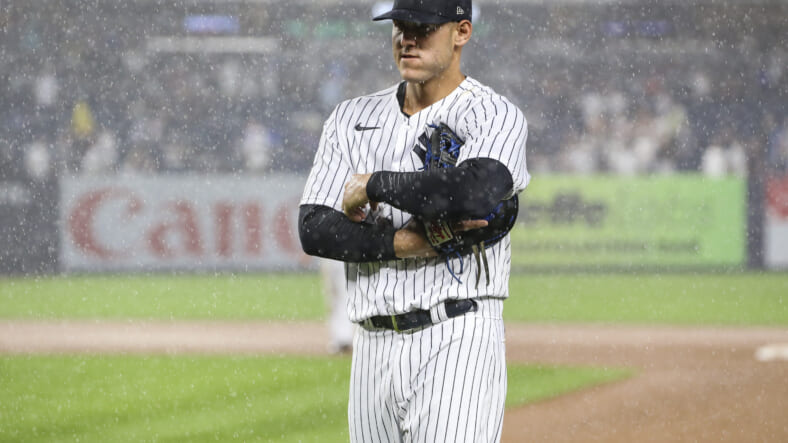 The New York Yankees can’t afford to lose any offensive weapons at this point in time, but first baseman Anthony Rizzo was scratched from Wednesday night’s game against the Los Angeles Angels, a series finale before the team heads Southeast to face off against Tampa Bay.

Rizzo has hit two homers in his last two games, finally starting to showcase power after an underwhelming August. In fact, Rizzo hit .208 with a 30% on-base rate in August but did hit five homers, tallying nine RBIs. He struck out 26 times over 77 at-bats, well above his normal average.

Rizzo is hitting .225 on the season with a 34% on-base rate, including 30 homers and 71 RBIs. He’s also earned an 11.2% walk rate and 19% strikeout rate. Anthony has played in 116 of a possible 130 games, toughing out a lingering lower back issue dating back to his days with the Chicago Cubs.

In his place, the Yankees will call on Josh Donaldson, manning the hot corner with DJ LeMahieu at first base. LeMahieu will lead off and Andrew Benintendi will take over in the No. 2 slot with Aaron Judge batting third. Oddly, the Yankees decided to sit Oswaldo Cabrera ahead of an off day on Thursday as they travel back east.

Resting Cabrera makes little sense given the off day in the schedule, but Rizzo desperately needs the time to maintain his back ahead of the postseason.