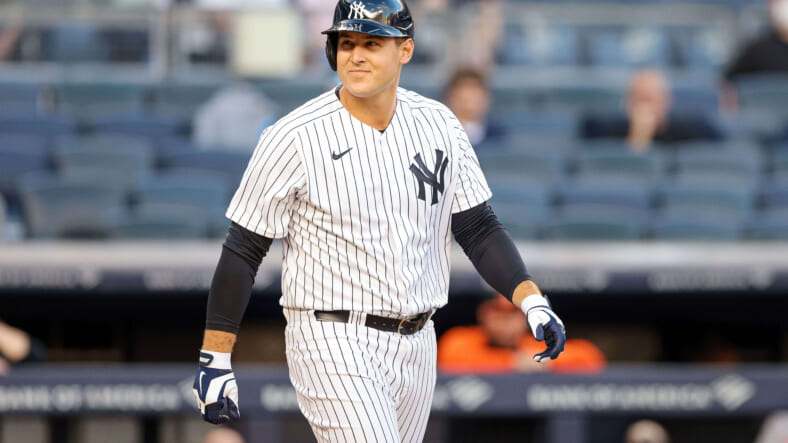 After securing the first seed in the AL East, the Yankees looked calm, relaxed, and ready to dominate. The Yanks finished with 11 hits, six RBIs, three walks and enjoyed a few solid innings from their bullpen. Starting pitcher Gerrit Cole allowed three earned runs over 6.1 innings, not one of his best performances, but it got the job done.

The Yankees are just having fun now:

However, it was exciting to see that starting first baseman Anthony Rizzo took on a different role during Tuesday’s game, serving as the assistant manager alongside Aaron Boone.

“Rizz is helping me out today,” Boone said, per SI.com. “He helped out with the lineup today, putting it together. He’s gonna help in the decision-making process this game.”

In his place, Marwin Gonzalez started at first, tallying an RBI on a sac fly. However, Rizzo expects to be an essential piece of the puzzle in the playoffs, but he might have found himself a future as a manager in the MLB once his playing career is over.

The Yankees have such a dominant lead in the division they can afford to have some fun and test out some exciting opportunities. Maybe Aaron Boone was just a bit hung over after Tuesday’s celebratory events and needed a hand from Rizzo to manage the game.