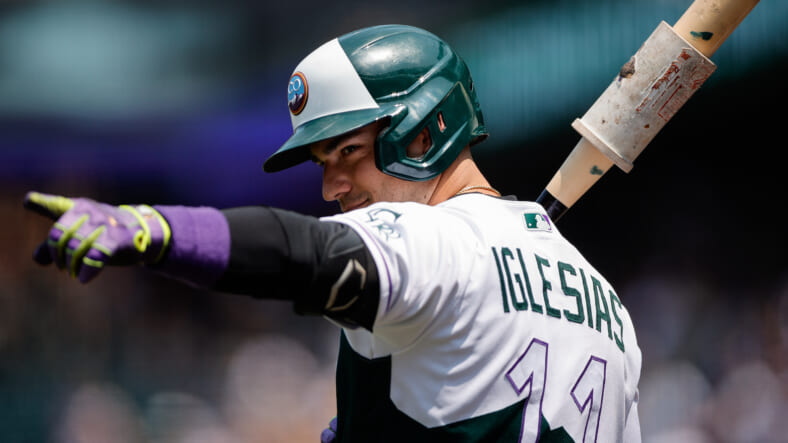 The New York Yankees haven’t gotten the value they expected from Isiah Kiner-Falefa, acquired in the Minnesota Twins trade before the 2022 season began. Kiner-Falefa is a 27-year-old infielder that was meant to be a stopgap at shortstop for the Yankees while they waited on Anthony Volpe.

However, IKF has struggled defensively this season, hosting a .965 fielding percentage with 11 errors over 784 innings. If not for Anthony Rizzo at first base, he might have far more errors than recorded. With Texas in 2021, he was a bit more effective with a .972 fielding percentage over 1,360 innings.

Offensively, Kiner-Falefa makes frequent contact, hitting .269, but hasn’t hit a home run this season and features just a 31% on base rate. Sometimes, making contact isn’t enough, especially if it is weak and doesn’t translate to getting on base. The former Ranger currently hosts an 81 wRC+, indicating he’s 19% worse than the average MLB player.

The numbers indicate the Yankees should be considering other options at shortstop, which is why Jim Bowden of The Athletic reports they have inquired with the Colorado Rockies about Jose Iglesias.

• The Yankees and Cardinals have talked with the Rockies about Iglesias.

What would the Yankees gain by acuiqiring Iglesias?

Iglesias is a 32-year-old veteran who has spent time with Boston, Detroit, Cincinnati, Baltimore, and now Colorado. This season, he’s batting .306 with a 35% on-base rate and a .404 slugging percentage. He’s not much of a home run hitter, tallying just three, but that is 300% more than IKF this season.

Iglesias features a 12.2% strikeout rate and 4.5% walk rate, totaling 71 singles and 22 doubles this season over 336 at-bats. The Yankees do like to harp on exit velocity, a statistic that Iglesias doesn’t excel in, posting just 84.2 mph. However, he’s provided more offensively this season compared to IKF, but he’s also a far better defender.

So far this year, Iglesias hosts a 69% success rate over 324 defensive attempts. He features a .979 fielding percentage with seven errors over 734 innings of action. He’s already turned 56 double plays this season with 28 double plays started.

By most metrics, Iglesias is a solid shortstop that could smooth over the position, putting IKF in a reserve role where he can mitigate fatigue on the hot corner and SS. Iglesias is on a one-year, $5 million deal, so he would be incredibly cheap to acquire from the Rockies and provide essential depth at a position the Yankees have found to be inconsistent.