Two all time Yankees greats can be inducted into the Hall of Fame this year. One by the Writers ballot, one by committee. 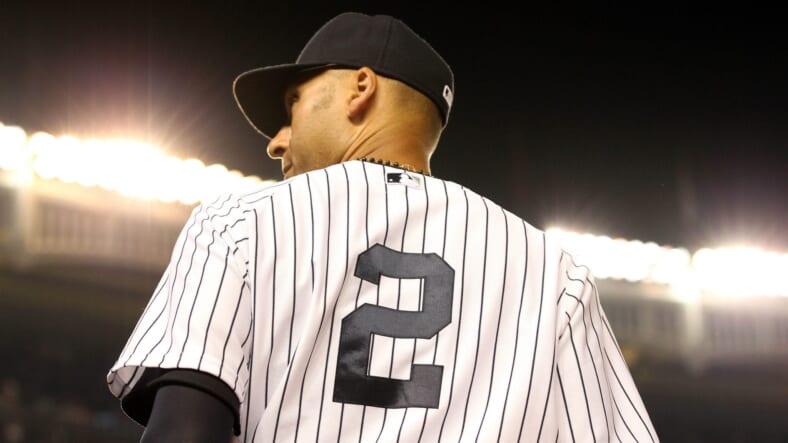 You donâ€™t have to ask New York Yankees fans, pretty much all of baseball (outside of Boston) knows that Derek Jeter is a first-ballot Hall of Fame inductee. Will he become the second unanimous inductee into the hall, following his teammate Mariano Rivera? Only time will truly tell.

But itâ€™s big because the Modern Baseball Era Committee (formerly the Veterans Committee) has an opportunity to induct the one Yankee EVERYONE agrees should have been in the Hall of Fame long before now. And by everybody, even Boston fans think he should have been inducted.

So, Who is the Modern Baseball Era Committee?

The Modern Baseball Era committee is part of what used to be the Veterans Committee. The Modern Baseball Era committee looks to induct players, umpires, executives, and managers from between 1970 through 1987. These include players who have fallen off the ballot for the Writers ballot, the ballot that determines who does and doesnâ€™t get into the Hall of Fame in the first place.

So, if Curt Schilling, Roger Clemens, and Barry Bonds miss getting in on the primary Writers ballot, the Todayâ€™s Game committee could ensure that those three get into the Hall of Fame. Bobby Cox was one of these inductees by committee.

So Whoâ€™s the One Yankee Who Shouldâ€™ve Been In By Now?

His name is Thurman Munson.

He puts up a good case offensively as well. Not great, but compared to some other Hall of Famers, heâ€™s right there as a shoe it. His career slash line was .292/.346/.410. His career WAR is 46.1. Itâ€™s not great, but itâ€™s higher than Lou Brock, a baseball Hall of Famer. Joe Gordon was inducted into the Hall of Fame via the different committees with a career .262 batting average, with just a meager 1,530 hits. Munson had 20 more hits in his 11-year career. And yea, heâ€™s had better offensive numbers than Roger Bresnahan.

So Why Isnâ€™t He in the Hall Yet?

Itâ€™s hard to tell. According to the Baseball Hall of Fame, you need to have played at least 10 years in the league. Butâ€¦ according to the the Hall, playing 1 game in the season counts as a year. So, realistically, Munson has played 11 years. Not to mention rules were made to give an exception to those who die during the season (Roberto Clemente). So, by technicality, every possible reason should have been inducted by the Hall of Fame already when he was still on the ballot. But, he isnâ€™t.Â

Modern Baseball Era committee, do the right thing. Induct Thurman Munson into the Hall of Fame.