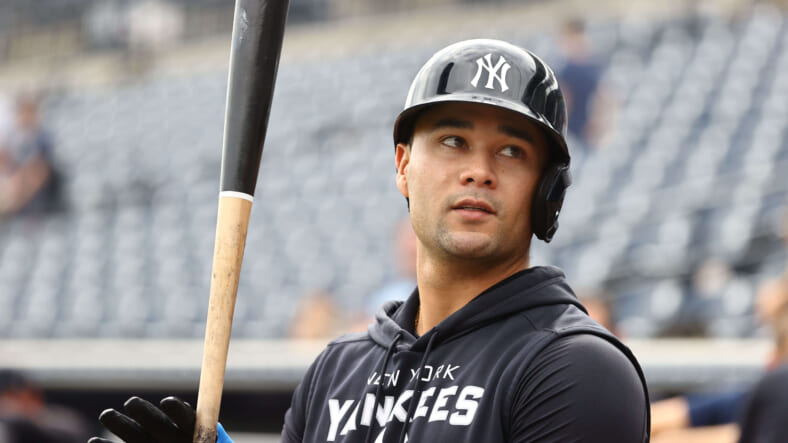 It is reasonable to be critical of players on social media regarding their performances, as many New York Yankees players have experienced throughout the years. This season alone, Joey Gallo had some depressing statements regarding his time in New York, not even allowing himself to leave his apartment due to the harsh criticism he received from fans.

However, he wasn’t alone in that reality, as shortstop Isiah Kiner-Falefa has been heckled at every turn this season regarding his spotty defensive qualities and inconsistent hitting. It takes a strong-minded individual to perform in the Bronx, but sometimes fans can take it over the top.

After Game 5 of the ALDS was postponed on Monday night, Yankee fans spotted Kiner-Falefa leaving the stadium and began yelling at him as he tried to push through a walkway filled with fans.

There are lines that you simply don’t cross — in-person hostility is one of them. It is one thing to say something on social media but doing it while a player is in their car just trying to get home is unacceptable.

There is no doubt that IKF has had a tumultuous 2022 season, hitting .261 with a 31.4% on-base rate. He was recently benched in the postseason for failing to make a few routine plays, seeing rookie Oswaldo Cabrera steal his spot. It doesn’t seem as if the Yankees will utilize him much in the near future, especially after Cabrera looked sharp defensively.

Nonetheless, the fans who continue to make a mockery of the franchise and themselves should be embarrassed. As Yankee fans, we should expect more from each other, especially regarding the mental sanity of our own players.