The Yankees’ secret weapon heading into the post-season 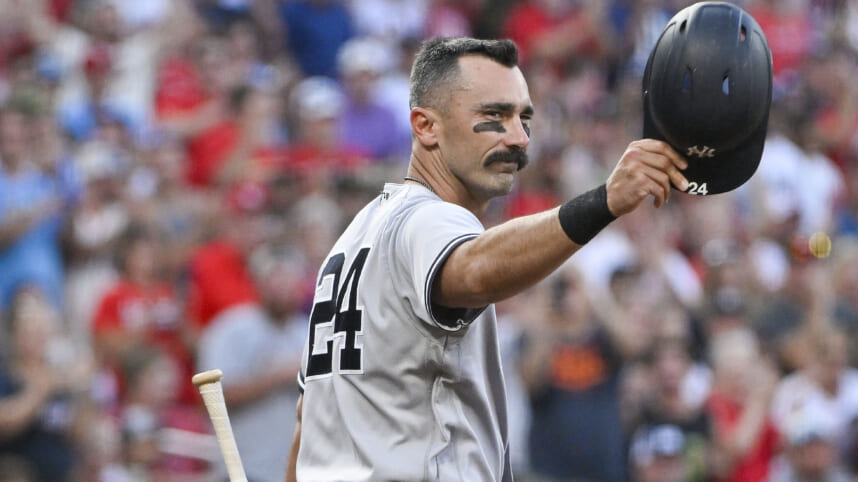 The New York Yankees were unsure if veteran slugger Matt Carpenter would recover in time to feature during the playoffs, but he might just end up being their secret weapon on the offensive side.

Carpenter helped spark an offensive masterclass before going down due to a fractured foot from a foul ball. At 36 years old, Carpenter was hitting .305 with a 41.2% on-base rate and .727 slugging percentage over just 47 games. He smashed 15 homers in that time frame, earning 37 RBIs with a 22.7% strikeout rate and 12.3% walk rate. In fact, he recorded a 217 wRC+, indicating he was 117% better than the average MLB player in that sample size.

Management is extremely excited about the prospect of Carpenter returning within the next few days, even getting a few live at-bats during the regular season before elimination rounds start.

“That’s exciting to think about,” Boone said Saturday regarding Carpenter’s availability for the playoffs. “He’s doing really well. The hitting is going well. Hopefully, he should be able to rack up a lot of live at-bats over the next week or 10 days to put himself in a good spot.”

The Yankees would like to get Matt Carpenter some work:

Boone is waiting patiently for Carp to get back in the batter’s box, providing some essential value as a hitter. The Yankees have their defensive lineup all but set with the emergence of Oswaldo Cabrera, but Giancarlo Stanton‘s struggles opens a small door for Carpenter to make an impact.

In all likelihood, his role will likely diminish to a situational one, featuring against righty pitchers with his lefty bat.

“We’ll see how he continues to do,” Boone said on Sunday. “The biggest thing is we just want him to start getting at-bats. Between now and the start of the division series when we get back, he should be able to rack up a number of live at-bats.”

Carpenter can hit with runners on base:

One metric that stands out significantly is Carpenter’s success with runners in scoring position. Over 34 at-bats this season with RISP, Carpenter is hitting .324 with a 47.8% on-base rate, including seven homers and 26 RBIs. He hosts a 1.478 OPS, one of the best numbers on the team. The most exciting part is that Carpenter’s production didn’t come over a small 10-game sample size, he nearly played in 50 games and maintained that pace continuously.

Stanton is locked into the designated hitter role, but that doesn’t mean Carpenter can’t make an impact in some way. Again, Boone will likely feature him as a pinch hitter against favorable matchups to maximize his value. If he can pick up where we left off, he will undoubtedly be a secret weapon for the Bombers in the later innings.