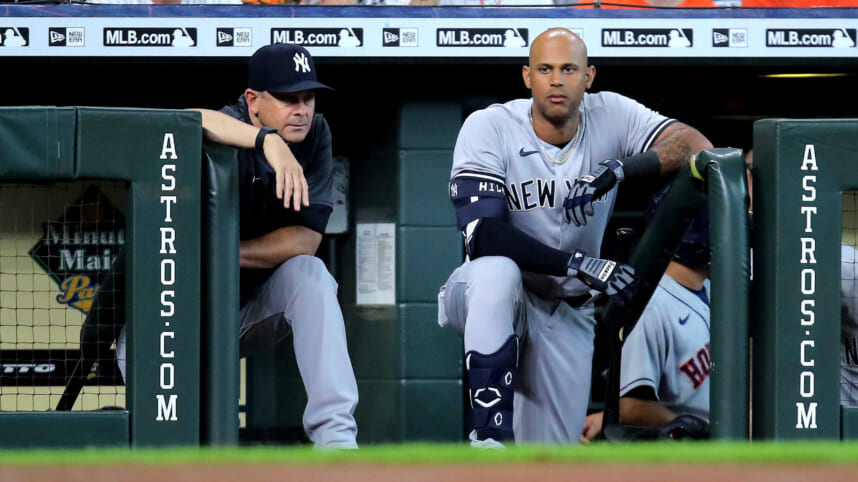 The New York Yankees lineup struggled yet again last night, putting up just one run. They have lost three straight and six of seven. In the AL East, they have now seen their lead drop to just four games.

Some changes in the lineup should be made to try and give this lineup a boost. One run has been scored in the first two games of this key division series with the Tampa Bay Rays.

Two players, in particular, that the Yankees should get out of the lineup are center fielder Aaron Hicks and third baseman Josh Donaldson.

Why the Yankees need to drop Hicks and Dondalson ASAP:

Starting with Hicks, he has a batting average of .217 this year. He has hit just six home runs and driven in 33 runs. Hicks has a low OPS of .636. Since August 1st, Hicks has a total of eight hits in 57 at-bats with 17 strikeouts. In August, Hicks finished with a .137 batting average.

Donaldson has really been no better. His average for the year is .218. Donaldson has 12 home runs and 50 runs batted in with a low OPS of .678. Over his last seven games, Donaldson has seven strikeouts and provided the Yankees lineup with just two hits. He had a bad batting average of .239 in the month of August.

The Yankees need to try just about anything to start scoring some runs. To win this division, they seemed to have in their hands essentially all season, pulling Hicks and Donaldson from the lineup could give the needed jolt.