The Yankees need one player to rise to the occasion offensively 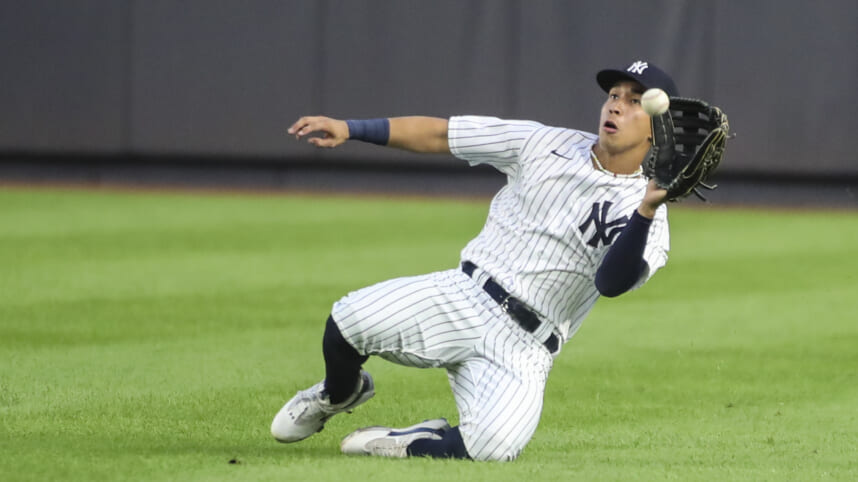 The New York Yankees have faith that their veterans and experienced players will rise to the occasion during the postseason, but it is always risky going into uncharted territory with rookies during a playoff game, let alone a series.

When the Bombers finished their August trade deadline moves, they anticipated Andrew Benintendi would be the starting left fielder during the postseason, but given his wrist injury, they have relied heavily on switch-hitting rookie Oswaldo Cabrera, who has made a positive impact since being elevated from Triple-A Scranton.

However, Cabrera rose to the occasion, hitting .247 with a 31.2% on-base rate across 44 games. Those numbers don’t look great on paper, but he started to pick up steam toward the end of the season, hitting .259 with a 33.3% on-base rate in the month of September.

Given the way veteran Aaron Hicks was playing, it was an easy decision to start Cabrera in left field, who has already recorded six homers, 19 RBIs, and three stolen bases. While Cabrera failed to make an impact during the first ALDS game, he did land a phenomenal catch on the left-field wall, jumping and snagging a ball that might’ve landed in the stands.

The Yankees have a stellar defender in Oswaldo Cabrera:

Where Cabrera fails to produce offensively, he makes up for with incredible defense on a daily basis. He finished the regular season with nine defensive runs saved above average, one of the best marks over a 44-game sample size. However, his offense is an integral piece to the puzzle for the Yankees, especially if they continue to utilize him in the number-five spot.

If Oswaldo can deliver offensively during the playoffs, the Yankees’ chance of winning increases tenfold. Given he’s a switch hitter, he’s able to maximize his probabilities against lefty or righty pitchers, but he favors one side significantly.

As a right-handed batter this season, Cabrera hit .286 across 28 at-bats, notably against lefty pitchers. As a lefty against right-handed pitching, he hit .238 but did hit all of six of his homers from that side. Clearly, he offers a bit more slugging potential as a lefty, but his contact hitting from the right side is seemingly boosted.

Nonetheless, Cabrera can change the course of the game in the blink of an eye with a jaw-dropping diving catch or a home run to the short right porch in Yankee Stadium. Of course, this is his first experience in the playoffs, which can be humbling for some players.