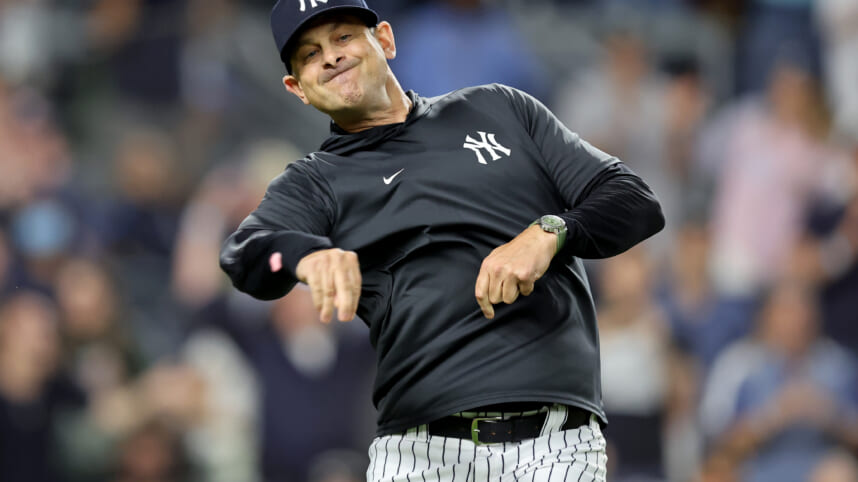 Rest or winning baseball games? That is the decision the New York Yankees face as the ALDS continues on Friday afternoon. The starting rotation is composed of three players: Gerrit Cole, Nestor Cortés, and Luis Severino. Cole was solid in Game 1 of the ALDS against the Cleveland Guardians, lasting 6.1 innings, giving up four hits and one earned run, striking out eight batters.

Cole tossed 101 pitches, a solid number for him that usually requires about five days of rest before he can feature once again. However, since Thursday’s game was rained out and the Yankees will have a Friday afternoon game and Saturday night game back to back, Cole received an extra day of rest, indicating he could be available for Game 4 if the Yankees don’t sweep Cleveland.

The Yankees have some tough pitching decisions coming up:

In an elite pitching matchup, Cortes is gearing up to face off against Shane Bieber on Friday. However, there were rumors that the Yankees could utilize a bullpen game to give Cole even more rest, consisting of Jameson Taillon and Domingo German. However, Cortes could theoretically feature in Game 5 if need be, given the playoffs normally force pitchers to play on short rest.

The main problem is that Game 5 would theoretically be on Monday, meaning Cole would pitch Sunday after three days of rest, and Cortes would only have two days of rest, putting manager Aaron Boone in a tough spot. A Game 5 with Taillon and German on the mound with the season on the line is undoubtedly an extremely risky approach.

The easiest way to avoid this would be to get out of the series in four games, with Cole pitching in the finale and providing the Yankees with an additional day of rest before the ALCS. That would allow Nestor to start Game 1 against Settle or Houston, providing the team three days of rest before Game 1 of the ALCS.

Nonetheless, it is a risky game when pitchers only have two or three days to recover before their next start, but that is part of why the postseason is such a difficult beast.

The Yankees have leverage, having already won the first game, so it is possible if they get to Game 4 and Cleveland has to utilize a bullpen game or rely on Cal Quantrill on short rest, they could get a bit more strategic with their decision.

I wonder, though, if the Yankees win Game 2 and have a chance to complete the sweep, they consider using Taillon/German in Game 3 and keep Severino healthy to start Game 1 of the ALDS. This would give them plenty of assurance, with Cole and Cortes enjoying plenty of rest.