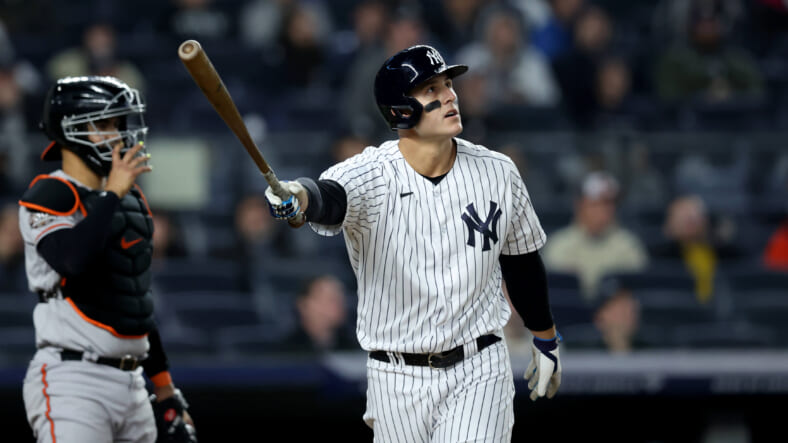 The New York Yankees have an easy decision to make at first base this off-season after Anthony Rizzo opted out of the second year of his contract. Rizzo signed a two-year, $32 million deal before the 2022 season begin, including a player option that would allow him to seek more money.

Defensively, Rizzo was stout the entire season, making Isiah Kiner-Falefa look far better at shortstop, scooping routine balls out of the dirt. Rizzo tied his career high in home runs for the fourth time, but given he’s hitting the free-agent market, they will have to cough up a bit more cash to retain his services.

The Yankees should spend a bit more to keep Anthony Rizzo around:

The Bombers may be able to sign him to another two-year deal at $18 million per season with another player option after next year. That would give him the leverage and allow the team to hang on to one of their more valuable players, especially with Aaron Judge’s future uncertain.

It is also important to note that the MLB will be banning the shift next year, which should help Rizzo significantly moving forward. While Rizzo sprays the ball quite efficiently around the field, the majority of his ground outs came to the right side, so he might be able to turn a significant portion of those into singles.

The alternatives on the market are rather thin, with Josh Bell representing the top option as a switch hitter. However, Rizzo has proved himself as not only a productive player on the field but also a valuable clubhouse leader.