The Yankees face one big problem that will determine their season 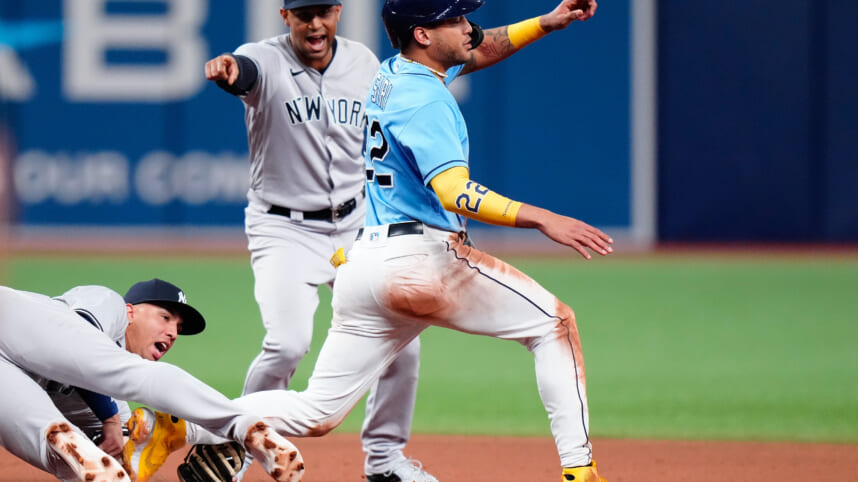 The New York Yankees are facing a full-fledged collapse after a dominant first half of the 2022 season. Once holding a 15.5 game leading the AL East, they now sit a measly four games above the Tampa Bay Rays and six games over the Toronto Blue Jays.

Even the Baltimore Orioles are within striking distance at 7.5 games, given they’ve won four straight and the Yankees have lost three straight.

Manager Aron Boone and his squad are staring down a historical meltdown, which would plunge the Yankees into a Wild Card situation if they fail to hold onto their slim lead in the division.

Where the Yankees need immediate support:

The Yankees are facing trouble on multiple stages, whether it be inconsistent bullpen pitching or offensive production. However, the team is facing one big issue that hurts everybody the same, confidence.

“It’s right there. We have the same conversation every day. We’ve got to find a way, we’ve got to score. We’ve got thing right here to grab and take and we’re still in control of that.”

The body language the team has shown over the past few weeks is one of defeat and somberness. The Yankees lugged around against Tampa Bay on Saturday, barely showing any gusto and zest.

Only slugger Aaron Judge was able to provide a moment of spark, launching a solo homer in the 9th inning to give the Yankees a chance to tie the game. Unfortunately, his 52nd homer wasn’t enough to provide his teammates with any energy.

After GM Brian Cashman took an aggressive approach at the trade deadline, acquiring Andrew Benintendi, Frankie Montas, and Scott Effross, most believed they improved, utilizing August to get healthy.

Instead, their acquisitions have struggled and major injuries have struck. DJ LeMahieu is still dealing with a toe issue and the team is still waiting for Luis Severino, Harrison Bader, Nestor Cortes, and Matt Carpenter to return.

Despite their absence, the offense ultimately needs to get going, having scored three runs combined in the last three games. In fact, they’ve scored three runs or less in seven of their last eight games. At some point, the negative attention needs to begin shifting to Boone, who is struggling to claw his team out of this seemingly endless hole of defeat and regression. Good manager finds ways to elevate their squad.

It starts with confidence, though. The Yankees need to take advantage of a few weaker opponents coming up over the next few days. Notably, the Minnesota Twins and Boston Red Sox represent the next big opportunities to stifle a surging Tampa Bay team in the AL east.