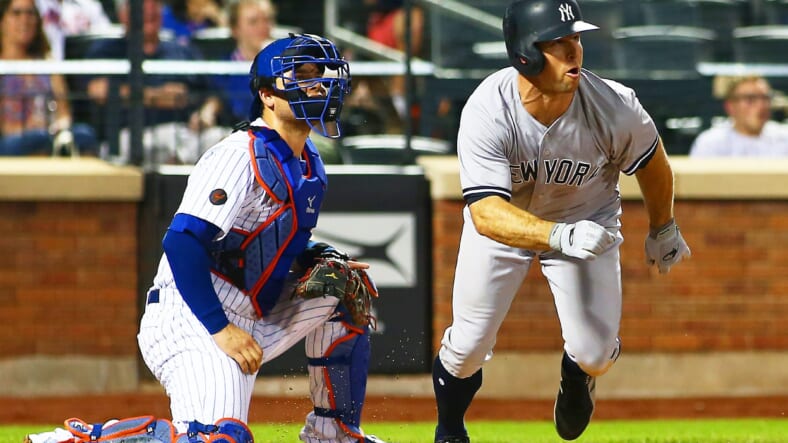 Right now weâ€™re heading into the end of May and weâ€™d just be wrapping up the second month of the Yankees and Mets season. Two months with no baseball in May is a weird feeling.Â  Like many of you, fans and players alike, Iâ€™m really missing baseball.Â

Some players have been keeping baseball around by watching old games, playing MLB The Show, or simply just playing catch.Â

New York has been hit the hardest by this Coronavirus. And times like this really show what people are made of.Â  After 9/11 people really came together, really stepped up. If I could take away one thing from this tragic time, itâ€™s all the good that people are doing.Â

In times like these, you look to your idols. And our superstars of New York, past and present have really stepped up. From legends like Mariano Rivera and Derek Jeter to future legends, Pete Alonso and Aaron Judge. Different players have been helping out in different ways, from donating food and medical supplies to auctioning off memorabilia for charity. Â

How have the Yankees and Mets stepped up?

Former Yankees, CC Sabathia, and Mariano Rivera have been hands-on, with donating meals to those in need. Sabathia and his wife Amber, with the help of their PitCCh In Foundation, has been donating meals to the Boys And Girls Club once a week in the Bronx and their hometown in California. Theyâ€™ve also teamed up with Fresh Direct for their â€œOperation 5 Borough Food Driveâ€ which is helping feed kids across New York City.

Along with celebrating health care workers and donating headphones to students in New York City, Yankees rookie of the year and star outfielder Aaron Judge joined in on the â€œAll In Challengeâ€. As well as Yankees manager Aaron Boone, CC Sabathia, the New York Yankees organization, and others. The â€œAll in Challengeâ€ is where fans can donate money for raffle tickets for a chance to win once in a lifetime experiences like on-field passes, dinner with the players, and more. 100% of the proceeds will be donated to No Kid Hungry, Meals on wheels, Feeding America, World Central Kitchen, and Americaâ€™s Food Fund.

Aaron Judgeâ€™s foundation the â€œAll Rise Foundationâ€ has granted the Boys and Girls Club of America a mini-grant to help launch the â€œclub on the goâ€ program. A program that provides kits to kids with healthy snacks and learning activities to help prevent kids from falling behind during the pandemic.

Another former Yankees legend, Derek Jeter is auctioning off the 2014 All-Star jersey that he wore in his final All-Star game to raise money for the â€œAll In Challengeâ€

Along with that, Jeter has stated he will be forgoing his salary during the pandemic, and the Marlins have committed $1 million to help the ballpark employees during this time.Â

Giancarlo Stanton also donated 15,000 reusable face shields to health care workers in both New York City, and Southern California. Also both the Mets and Yankees have created funds for their employees to get paid during this time that there is no baseball.Â

And the new Yankees Pitcher Gerrit Cole may not have even played his first game in pinstripes yet but is stepping up. Cole and his wife, through their foundation, the â€œGerrit and Amy Cole Foundationâ€ are donating to Direct Relief, which is an organization that coordinates with nonprofit organizations, and public health authorities to provide essential medical items and PPE to healthcare workers responding to Covid-19.

Pete Alonso may also be a newer addition to New York but has stepped up to the plate in a big way during this pandemic. Looking to give back, Pete and his FiancÃ© launched their new foundation â€œHomers For Heroesâ€. A foundation looking to honor our everyday heroes such as front line workers, veterans, teachers, and coaches.

In March Alonso sent a video message to an 82-year-old life long Mets fan who was just diagnosed with cancer, after her granddaughter took to twitter to reach out to the Mets. The one thing that could really help her during this time was watching her team play. But being that there was no baseball due to the pandemic, Alonso did the next best thing.Â  Alonso is not only a great player on the field but a great guy off the field as well.

Another Met and Fellow New Yorker, Steven Matz donated $32,000 to hospitals and first responders in NYC through his TRU32 charity. A charity that he started in 2016 to honor the FDNY, NYPD, and Military.

The one story that really stood out to me, was Nickâ€™s Gourmet Deli in East Elmhurst that was closing their doors for good the day the Mets called and asked his deli to provide 1,000 meals. With even more meals in the days to follow.Â

The Mets have also donated food from other small businesses which are also helping them to stay open.Â

They also helped donate cases of produce to food banks in the local area along with 4,500 meals to health care staff on the front lines. I really applaud the Mets for this move, they are truly paying it forward and helping out their community.Â

I always say Iâ€™m a die-hard New Yorker, that being a New Yorker is just part of who I am. And these teams represent our city, and couldnâ€™t be more proud of the guys representing it.