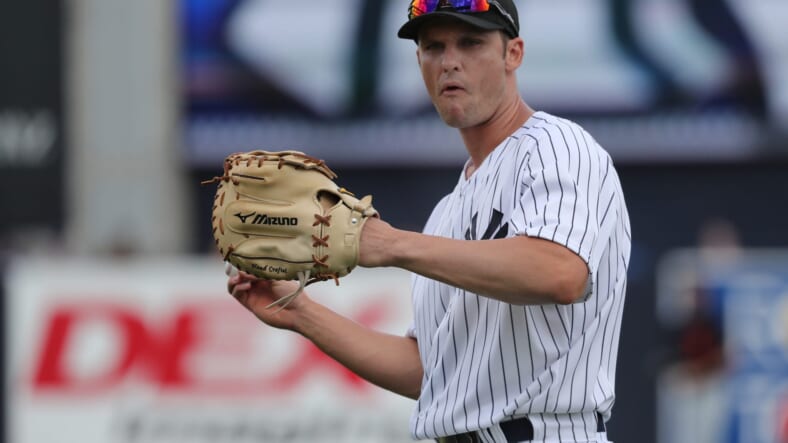 New York Yankees general manager Brian Cashman has an odd obsession with first baseman Greg Bird. So much so, that despite him not hitting over .200 in the last three years, he’s still a consistent option on the starting team.

Bird went down with an injury this season, being placed on the 60-day injured list with the left plantar fascia tear. A working timeline for his return has not been determined, but Cashman will likely find a way to see him back to the active roster. Hopefully, it wonâ€™t be until next season when heâ€™s completely healthy again. In all seriousness, he shouldnâ€™t return at all.

The reality of Birdâ€™s situation is simple; he doesnâ€™t have the offensive production required to be a starter on the Yankees team. He has exceptional defensive traits and qualities, but those only go so far when it comes to playing against some of the best teams in the league come playoff time.

However, he couldâ€™ve been used after both Luke about, and Edwin Encarnacion went down with injuries. Utility man DJ LeMahieu has covered for both starters in the meantime. The Yankees also pulled up minor-league first baseman Mike Ford to supplement the loss of their two starters. Luckily, both sluggers will return to full health in the coming weeks.

â€œHeâ€™s actually doing pretty well,” Boone added. “Heâ€™s been on the treadmill of late. I know in his mind, just from the reports Iâ€™ve gotten, heâ€™s starting to feel pretty good. So hopefully heâ€™s potentially moving towards getting back into baseball activities.â€

Boone didn’t state that Bird was officially done for the season, but it’s seeming like he will be out until next year with the September 1 deadline to call up players nearing.

After an impressive rookie season in 2015 where Bird hit .261 with 11 homers and 31 RBIs in 46 games, he’s failed to replicate anything close to those numbers. It seems like a pipe-dream to expect anything more than mediocrity from him at the plate moving forward.