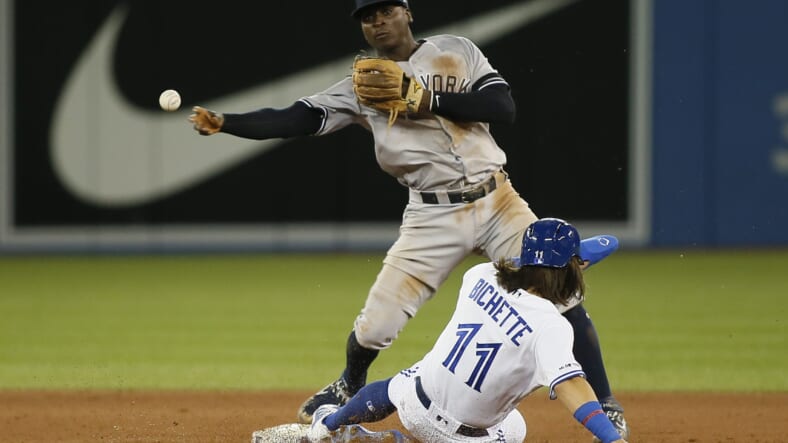 The New York Yankees have crawled to an impressive 102-57 records despite numerous injuries plaguing them throughout the season. Gaining back Giancarlo Stanton and Luis Severino will undoubtedly help bolster the team heading into the postseason, but they are still down starters in the outfield and at the catcher position.

Scoring efficiency hasn’t been a problem for the Yankees this season, but their defensive totals have been concerning, especially in the infield.

As per FanGraphs, their collective defensive rating is -12.4, ranking 22nd in the MLB. Only the Twins have a lower grade and are playoff-bound. Only a few Yankees players are enjoying great defensive seasons — Aaron Judge, Didi Gregorius, and Gio Urshela come to mind.

The team’s defense is essential to their success moving forward, but their offense is the primary catalyst to success. The Yankees latest offensive bout against the Tampa Bay Rays was disappointing, as they scored only one run in two games. This has hurt the hopes and optimism of their lineup, but one bad two-game series shouldn’t sway our opinion on the quality of the lineup.

Facing off against better pitchers will make life more difficult for the Yankees batters, who are very reliant on hitting homers. They may be taking it easy to mitigate fatigue before the postseason, a concern that has arisen after the recent injury to second-baseman, Gleyber Torres.

Torres stated last week that he felt weakness in his legs after falling awkwardly throwing a ball to first base. Also, the number of injuries that have piled up make fatigue more of a pressing concern.

Luckily, the Yanks will also return first-baseman, Edwin Encarnacion, to the hitting order, which will give them a boost in power. His hard-hit rate of 42% and his xwOBA of .359 (with an actual wOBA of .367) only prove he can hit consistently with force.

The Yankees will need to rely on their sluggers to compensate for weak defense and pitching inconsistencies, but tougher teams understand their weaknesses.