The New York Yankees are making a mistake with DJ LeMahieu 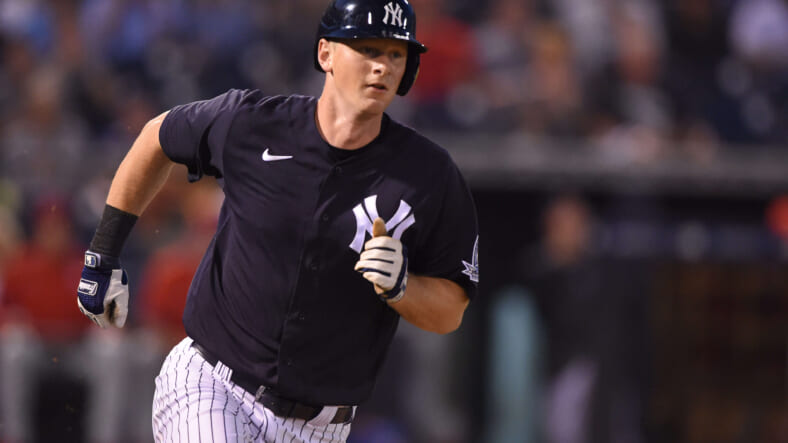 The New York Yankees have an absolutely stacked roster, but utility man DJ LeMahieu stands above the rest. His ability to maneuver around the infield at will and produce high-quality at-bats against fantastic pitching makes him extremely valuable. When LeMahieu signed a two-year, $24 million deal back in 2019, nobody expected him to be as productive as heâ€™s been.

In 2019, he batted .327 with 26 home runs and 102 RBIs. He ranked fourth in MVP voting, further proving that general manager Brian Cashman was right to sign him in the first place. He had always been a solid player for the Colorado Rockies in a homer-friendly park, but his production thus far has been admirable.

The Athleticâ€™s Ken Rosenthal believes that LeMahieu will don the pinstripes once more in 2021:

Free agency obviously is a long way away, but it seems almost inconceivable the Yankees would not re-sign second baseman DJ LeMahieu, one of their best hitters and most admired players â€“ a de facto captain, in the estimation of general manager Brian Cashman. One thing that stands out about LeMahieu, according to one of the Yankeesâ€™ coaches: He produces great at-bats even against great pitching. Case in point: His two-run, game-tying homer off Roberto Osuna in the ninth inning of Game 6 in last yearâ€™s ALCS. JosÃ© Altuveâ€™s two-run, walk-off shot off Aroldis Chapman in the bottom half clinched the series for the Astros. But if things had turned out differently, LeMahieuâ€™s homer might be the stuff of legend.

With LeMahieu’s contract expiring after the 2020 season, keeping him in the Bronx should be essential. However, his statistical value makes his price-tag much more costly. It is possible he could be looking for money in the $17 million per year range. So far this season, heâ€™s hitting .397 with a .426 on-base percentage. He currently has 23 hits over 58 at-bats, tallying two homers and seven RBIs.

Unbelievably, LeMahieu has struck out only five times, utilizing his patience and contact-centric mentality to keep him alive and make pitchers of work. In addition, his defense has been stellar, as always. His ability to play first base, second, shortstop, and even third represents a large portion of the substance he holds. Ultimately, the Yankees would be foolish to even let him get to free agency, so I imagine extending him will be a priority moving forward, if it isnâ€™t right now.

The mistake? They should be negotiating his contract extension immediately, keeping him in New York for at least the next three seasons.