Star infielder calls the Yankees the ‘streakiest team in baseball’ 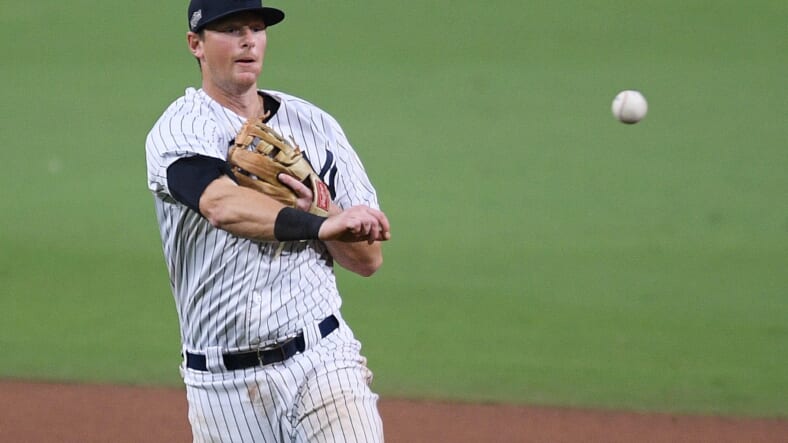 From August 14 to August 27, the New York Yankees won 13 straight games and were at the top of the world. No one expected them to keep winning forever, but what came after that was embarrassing: the team lost four consecutive contests, won two, and then dropped its last seven.

A few weeks ago, the Yankees comfortably controlled their own destiny. After Fridayâ€™s forgettable loss against the Mets, they are barely holding on to the second Wild Card spot, only half a game ahead of the Toronto Blue Jays and one game ahead of the two AL West hopefuls, the Oakland Athletics and the Seattle Mariners.

Second baseman DJ LeMahieu, who has been a major disappointment for the Yankees this season considering the expectations around him, gave a blunt evaluation of the current state of the franchise.

â€œWeâ€™ve been the streakiest team in the league,â€ LeMahieu said to WFAN after the loss to their crosstown rivals. â€œOne good game, and the tides can turn in a hurry, like weâ€™ve seen all year. Hopefully quickly.â€

The Yankees need to play with a sense of urgency

Not a lot of teams can win 13 games in a row and then lose 11 of 13. Those are your 2021 New York Yankees. Things need to change if they want to qualify, though.

LeMahieu canâ€™t explain what exactly the Yankees need to do to return to their winning ways. According to him, there is not a specific thing, but he knows they have to be better in all areas.

â€œNot one thing in particular,â€ LeMahieu said. â€œJust either been playing really bad or unbelievable, and not a whole lot in between. Before the All-Star break, it didnâ€™t feel like a good team, and coming out of the All-Star break we were a great team. Weâ€™re one game away, a few games away to get it going.â€