Should the Yankees use Oswald Peraza as trade bait in the winter months? 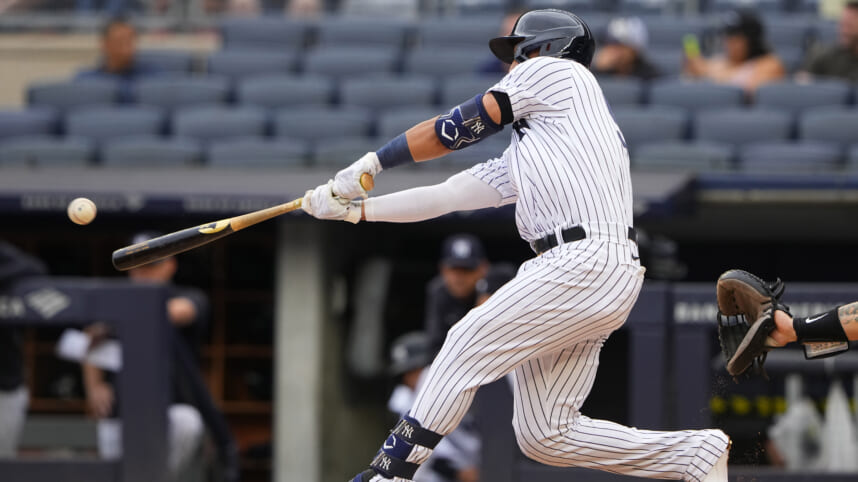 The New York Yankees have an embarrassment of riches at the shortstop position, considering multiple prospects are climbing the system at an impressive pace. Just a few weeks ago, Oswald Peraza was called up to fill the final slot in the playoff expansion roster, but he’s had inconsistent opportunities to start his MLB career.

Since being called up in early September, Peraza has made seven appearances for the Yankees, hitting .238 with a 36% on-base rate, including five hits and three walks over 21 at-bats.

Some have called for the Yankees to utilize Peraza more frequently, but with Isiah Kiner-Falefa dominating this month and Gleyber Torres finding his bat again, there are not many places to put him.

The team could shift IKF back to third base, taking Josh Donaldson out of the lineup, but his defensive value is prominent. This month, Donaldson is hitting .207 with a 34% on-base rate, recording four hits in his last four games. However, given his Gold Glove-caliber defense this season, the Yankees would prefer to keep him there instead of messing with their combination.

The reality is simple, Donaldson will be featuring in the playoff roster while Peraza will likely watch on the bench if he’s included at all. The moment might be too big for the rookie, who barely has any MLB games under his belt, let alone high-intensity elimination ones.

Should the Yankees be viewing Oswald Peraza as trade bait?

Given the success of Anthony Volpe this season at the minor league level, there’s a good argument to make that Peraza could be used as trade bait this winter. He’s showcased some veteran-level at-bats and gets on base at an efficient clip, putting together solid defensive performances as well.

There simply may not be a spot for Peraza on the team moving forward unless they plan to utilize him as a utility man, which is a role locked up by DJ LeMahieu. It is no secret the Yankees view Volpe as their primary shortstop moving forward, and he dominated with Scranton/Wilkes-Barre in AAA before the season concluded.

The rise of Anthone Volpe:

With AA Somerset, Volpe hit .251 with a 35% on-base rate, including 18 homers, 60 RBIs, and 44 stolen bases. He started the season a bit slow, picking things up in the final few months. His numbers with Scranton, though, are awe-inspiring.

It is quite obvious the Yankees view him as an integral piece to the puzzle down the road, and with Peraza‘s primary position being shortstop, it only makes sense he is viewed as a potential trade prospect.

The Yankees didn’t move him at the deadline this year, hoping to get eyes on him at the major league level, but given Volpe’s rapid progression, Peraza might be expendable moving forward.