Projecting the Yankees’ starting infield for 2023 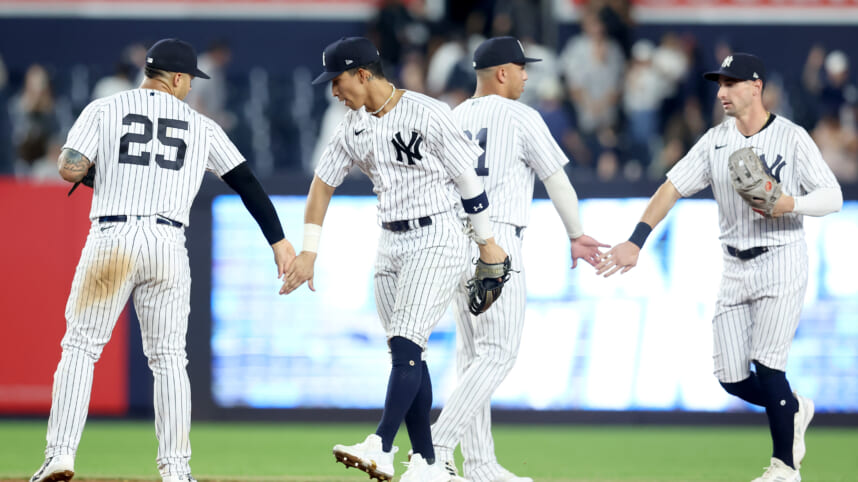 The New York Yankees’ infield is set to go through a number of changes. The team tendered Isiah Kiner-Falefa on a one-year, $6 million deal, meaning he could end up playing a role in 2023. Nonetheless, general manager Brian Cashman and owner Hal Steinbrenner have both indicated that the youngsters will get an opportunity to compete for the starting shortstop position. Specifically, Oswald Peraza and Anthony Volpe.

That begs the question, how does IKF fit into the strategy? I would hedge my bets on Cashman trying to find a trade partner for the young infielder, otherwise, he could end up playing third base for a portion of the 2023 season.

You could view IKF as a utility man, but he’s really only capable of playing SS and 3B, so his contributions are limited.

Projecting the Yankees’ starting infield for 2023:

The Yankees signed Anthony Rizzo to a three-year contract extension, paying him about $17 million per season. Rizzo is coming off a solid 2022 campaign at 33 years old. He hit .224 with a 34% on-base rate, 32 homers, and 75 RBIs. In fact, it was one of the only Yankee players to produce during the playoffs, hitting .276 with a 43% on-base rate, two homers, and eight RBIs across nine games.

Retaining the veteran infielder was always a priority, and the Yankees got it done before extending Aaron Judge, which could help convince the star slugger to return, given his friendship with Rizzo.

The Yankees expect to pin Peraza and Volpe against one another, but the more likely scenario is that Oswald emerges victorious and locks down SS.

I wouldn’t be surprised if Volpe spends the first few weeks of the season in Triple-A, ramping up with Oswaldo Cabrera playing second base. Obviously, this would indicate that the Yankees trade Gleyber Torres, which they are currently having discussions with the Seattle Mariners about.

Cabrera‘s traditional spot is at second base, despite playing the majority of his games in the outfield for the Bombers this past season.

Cabrera seems to be the perfect super utility option, so if Volpe eventually reaches the MLB and takes over at 2B, Cabrera can revert back to his versatile role. Cabrera only played 9.0 innings at 2B this past season, recording one error.

In this scenario, Peraza wins the starting shortstop role, kicking IKF into a reserve spot if he’s not traded and Volpe sent to Scranton. At 22 years old, Peraza played 18 games for the Yankees in 2022, including 89 innings at shortstop, recording a perfect fielding percentage.

In fact, he showcase elite glove work during the ALCS against the Houston Astros after IKF was benched. Peraza also displayed impressive offensive statistics, hitting .306 with a 40.4% on-base rate over 57 at-bats. Obviously, those numbers are set to degrade, but at the very least, he’s proven he can stand up against major-league pitching.

The Yanks simply can’t leave DJ LeMahieu out of the equation, which is why he takes over at third base in 2023. This would indicate that Cashman finds a way to offload Josh Donaldson‘s contract or at least a portion of it.

LeMahieu is more than capable of filling in at third, and if the Yankees decide to retain IKF, he can split reps with him to manage his workload.