One up, One down: Yankees lose Marinaccio but gain one bullpen arm back 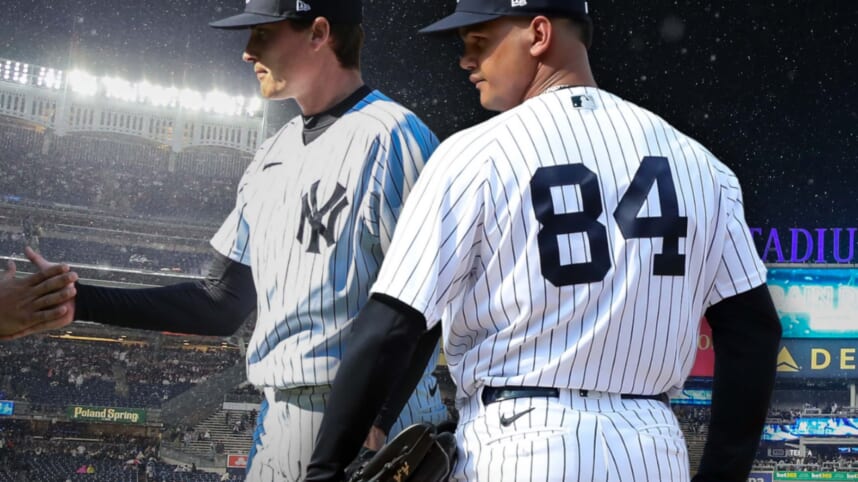 The New York Yankees are dealing with a tumultuous situation in the bullpen currently, with star rookie relief pitcher Ron Marinaccio being placed on the injured list on Tuesday afternoon due to a shin injury. Marinaccio was pulled from Sunday’s game dealing with pain, an issue he’s been managing since July.

Marinaccio was trying to pitch through the injury to try and lock down a postseason roster spot, but he will not likely miss the ALDS due to his work ethic, which is normally a positive thing.

Yankees are getting thinner in the bullpen:

This season, Marinaccio hosts a 2.05 ERA, 11.45 strikeouts per nine, 0.41 home runs allowed per nine, and an 81.3% left on-base rate over 44 innings. He’s been one of the team’s more reliable bullpen pitchers up to this point, and losing him will create a massive hole in the playoffs.

Considering both Clay Holmes and Wandy Peralta are still on the injured list with their own issues, this is certainly not the positive news we were hoping for.

However, the team is preparing to reinstate Albert Abreu, who can help immediately. The 27-year-old hasn’t pitched since August 20 against the Toronto Blue Jays, giving up three earned runs in his last two starts combined.

On the season, Abreu hosted a 3.32 ERA, nine strikeouts per nine, and an 84.6% left on-base rate over 38 innings. He also features a 51.9% left on-base rate, a solid number that showcases his ability to generate weak contact.

However, Abreu is a flame-throwing relief arm, generating a 98.5 mph sinker on average. He’s capable of hitting triple digits, but the elbow injury he sustained over a month ago limited him severely.

At the very least, Abreu throws strikes and doesn’t walk many batters, something Aroldis Chapman hasn’t been able to grasp this year. Chapman is averaging 7.13 walks per nine, so the Yankees may even prefer to utilize Abreu over the struggling lefty.