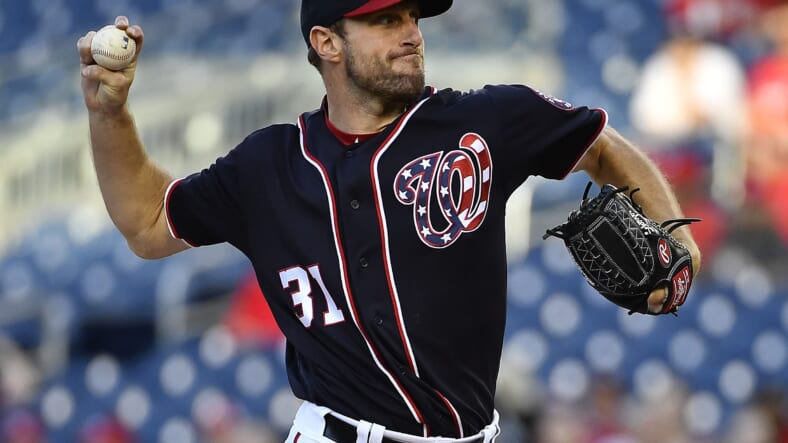 The New York Yankees have made many inquiries ahead of the July 30, 4 pm deadline. So far, they have only brought right-hand pitcher Clay Holmes to the Yankees. So far, they have a net loss to the team struggling to hold on to a wild card slot. The Yankees had to deal shortstop Diego Castillo and Shortstop Hoy Park to Pirates for Holmes. So they have pretty well cleaned out their shortstop prospects for a not very good pitcher.

In a puzzling move, the New York Yankee front office announced that they had traded long-time long-haul reliever Luis Cessa to the Cincinnati Reds at the end of last nightâ€™s game. Also included in the trade was Justin Wilson, and they got back nothing except a player to be named later.

Cessa has been the go-to long reliever for the last two New York Yankee managers. In his eleven seasons, he has a 55-54 record and an ERA of 3.74, which is very good for a reliever that usually enters the game with runners on base and has to give the team several innings of long relief.

This season has been his best with the Yankees. The 29-year-old is inducing ground balls at a massive 56.8% clip this year. Statcast shows heâ€™s been among the top twenty percent of pitchers in suppressing opponentsâ€™ average exit velocity, hard contact, and barrels. In 38 1/3 innings, this season he has earned a career-best 2.82 ERA.

The only explanation I can come up with to get rid of Cessa involves Justin Wilson, who has not pitched well for the Yankees; he has an ERA of 7.50 in 18 innings of work and a contract that costs the Yankees close to $3 million. This amounts to a Yankees salary dump; unfortunately, the Yankees lose Cessa in the deal. Yankee fans can only hope that the salary dump brings something good to the team later this week. It must have been quite a shock to Cessa, who has spent his last six years in the majors with the New York Yankees.

The New York Yankees really would have liked to have the Washington Nationals ace to follow Gerrit Cole in the rotation. Unfortunately for the Yankees, Scherzer, who has a no-trade clause, doesn’t have Yankee Stadium on his list for places he wants to pitch.

A few weeks ago, Joey Gallo seemed to be high on the list of Yankees trade targets. However, the heat on that conversation seems to have cooled the closer we get to the trade deadline. Gallo would have given the Yankees a solid middle of the lineup power hitter that has been healthy all season. The Yankees have also worked with the Rangers before in obtaining Rougie Odor.

Most recently, Starling Marte of the Miami Marlins seemed to be the most likely trade target to fill the centerfield gap and provide a lefty in the lineup. Also, a plus was that the Yankees work well with the head of operations for the Marlins, Derek Jeter, but just today, the Marlins traded him to the Athletics for left-hander JesÃºs Luzardo. He is a lousy 6.87 ERA pitcher this season. So the Yankees really must have offered next to nothing to get Marte.

Yankee hitter DJ LeMahieu is trying to push the Yankees to trade with the Colorado Rockies to get Trevor Story. The big question here is if the Yankees want to absorb the remainder of the $9 million half-season rental. He is a free agent after this season. But, possibly with Marte out of the picture, they may reconsider.

Joel Sherman of the New York Post has reported that Cashman talks with the Minnesota Twins about several players. The Twins are 41-55 this season, 17 games behind in the AL Central. Several of the players that are being talked about are lefty outfielder Max Kepler. Kepler, in 62 games, has 12 home runs and a .217 batting average. In addition, Kepler has a good arm, is a good defender, and can play any outfield position well. The Yankees are also looking at Twins pitchers Jose Berrios and ex-Yankee Michael Pineda.

This wild blockbuster trade will most likely not happen, but it makes sense for both teams. The Yankees acquire Whit Merrifield, former Red sox Andrew Benintendi and pitcher Josh Staumont from the Royals. The New York Yankees give up Miguel Andujar, Gleyber Torres, and Michael King. Whitfield can play centerfield and in the infield. Benintendi would add a great left-hand bat to the lineup. Also, pitcher Josh Staumont is a better fit for Yankee Stadium the King is. The Kansas City Royals would really like to have Torres, and sweetening the deal with King and Andujar could make this deal done.

Kansas City sits at the bottom of the AL Central. At this point, the loss of Torres would not be a huge blow to the Yankees; Gold Glove like Gio Urshela has already proven he can play at short. Whit Merrifield is versatile and has great speed. He has also been one of the most productive players in the past few years. He seldom strikes out and hits for contact, very LeMahieu-like. Benintendi not only will add power to the Yankees lineup, but he can be a starter in left field.